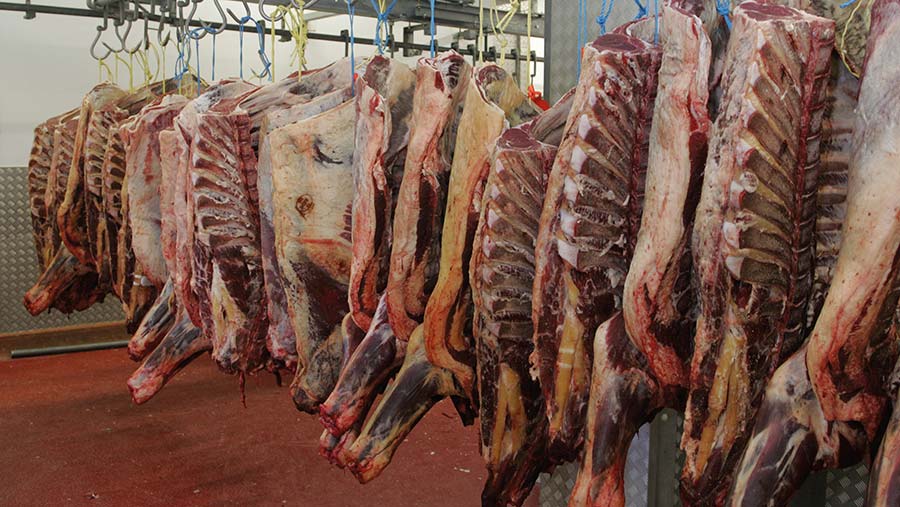 The drop was countered only in part by a rise in sales to other countries.

Exports to Ireland alone were down by about £400m between January and the end of June, according to figures analysed by the Food and Drink Federation (FDF).

Sales to Germany, Spain and Italy have halved since 2019.

Even accounting for an upward shift in exports to non-EU countries, the net impact shows UK exports were 4.5% lower overall compared with 2020, and 17.3% down on pre-Covid levels in 2019.

The ongoing impacts of the pandemic, coupled with the new trading relationship with the EU, are blamed for this significant contraction in trade.

But the newly released set of figures covering the first six months of this year show positive movement on sales to non-EU countries.

Sales to some countries in Central and South America had nearly doubled, with the fastest growth in Colombia, Mexico, Chile and Brazil and driven in part by a recovery in whisky exports.

But Dominic Goudie, the FDF’s head of international trade, says this doesn’t make up for what he describes as the disastrous loss of sales to the EU.

“It clearly demonstrates the serious difficulties manufacturers in our industry continue to face and the urgent need for additional specialist support,’’ Mr Goudie says.

The FDF predicts that imports from the EU are likely to deteriorate further in 2022 after the UK’s full border controls are in place.

Export and import winners and losers