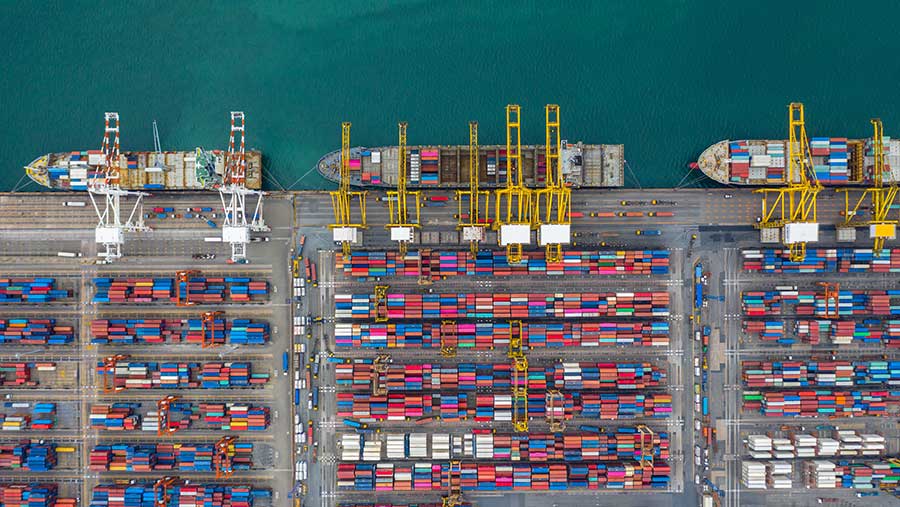 Imports of farm inputs from the EU, and GB exports to Northern Ireland (NI), continue to face shortages and delays stemming from Brexit.

The Agricultural Industries Confederation (AIC) said almost all of its members – which supply inputs including feed, fertiliser and crop protection products to farms – had experienced challenges affecting supplies.

Worst affected has been the feed sector, according to the trade association, with seed and fertiliser also seeing issues.

Ed Barker, head of policy and external affairs at the AIC, said: “The impact is partly delays but also irreconcilable issues regarding paperwork, especially on feed exports.

“So far, businesses have done well to mitigate the effects on GB farmer supplies.”

A survey of AIC members showed:

“The difficulties are a combination of the EU-UK trade agreement, the interpretation by EU member states, and the unwillingness of hauliers/couriers to transport goods,” said Mr Barker.

“These issues are in addition to the impact of Covid-19 and global availability of products.”

AIC members have also reported a great deal of uncertainty about the new checks expected to come into effect on 1 October.

The association said it had raised concerns about these obstacles with senior civil servants and was working on finding a solution.

Farmers in the province rely on cereal seed grown in Great Britain, but since Brexit strict plant health rules have applied to exports from the mainland.

The rules were imposed because Northern Ireland shares a land border with the Republic of Ireland and requires extra certification and checks before plant products can be imported.

UFU deputy president William Irvine said he was concerned the inspection and certification measures would hinder supply, leading to potential shortages of varieties at drilling.

There is also the additional cost of testing and labelling requirements for smaller seed lots, which could make some varieties unviable, Mr Irvine said.

Since 1 January the UK has maintained an open-door policy for EU food products, but UK exports have faced rigorous inspection, meaning some British exports to the EU have fallen by up to 90%.

The original timetable was for the disparity to run for a six-month grace period.

However, the 30 border control posts needed to carry out inspections on imports were not ready in time and the schedule slipped.

The revised timetable is for physical checks to begin on 1 January 2022, once port authorities have built the necessary infrastructure.