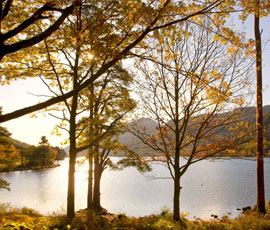 Changes to Rural Priorities grant funding in Scotland designed to improve timber production have been announced by the Forestry Commission.

So far 75% of woodland creation through the Rural Priorities scheme has been using the native woodland planting option. However, the Forestry Commission would like to see a greater proportion of new plantings yielding a timber harvest, it said.

The farmland premium in the native woodland option is now limited to a maximum of 50ha/application. There previously was no limit. This applies to all proposals that have not already reached “proposal submit”.

Proposals for the central Scotland mixed woodland option will be limited to between 20 and 45ha depending on whether they include a productive conifer planting option.

Rates vary and are dependent on the area. For example, less favoured areas will receive £2,214/ha for mixed woodland, while central Scotland can receive £4,000/ha.

“The support rates for native woodland planting were very attractive, and therefore successful, and this planting will hopefully enhance our biodiversity and deliver some timber in future,” said Douglas McAdam, chief executive of Scottish Land and Estates.

“But when we look at the big picture, it is clear that we need to think about the balance of planting and consequences for the timber industry.”