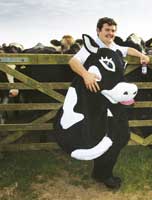 The Steven and Gill Bullock Award recognises individuals who have used learning from Nuffield Farming Scholarships to develop their businesses, innovate and contribute to the industry.

This is the third year of the scheme and four more finalists are competing for this prestigious prize. Jane King meets the shortlisted scholars. 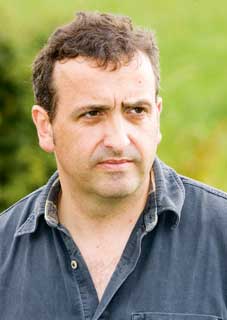 Lyndon Edwards was raised on a 240-acre family dairy farm in Monmouthshire. He was the only one of three sons interested in farming and when he was 16 his father suffered a heart attack, which meant he left school early to help with the business.

It turned out to be a blessing by giving the young Lyndon a real insight into the challenges of dairying. Within five years his father had died and Lyndon took over management of the farm, aged just 21.

His Nuffield Scholarship to southern Europe, the US and Canada focused on organic dairy farming and encouraged him to take his own business into organic conversion. It was a decision from which he has never looked back. The dairy herd and his land have since doubled in size and farm buildings have been transformed into 14 office units for let. A veterinary centre has been set up and there are plans to develop a co-operative farm shop near Chepstow with other local food producers.

Nuffield convinced him that there were two main problems with the UK milk sector. British organic milk co-operatives were not working sufficiently well together to cut the cost of collection and distribution. It left dairy farmers slow to adapt and market themselves effectively.

“The concern I felt regarding all aspects of the British milk market encouraged me to become actively involved in promoting change,” he said. “Through my directorship with OMSCO I have sought to bring together all of the co-ops to market and advertise their milk collectively for the benefit of all British organic dairy farmers.”

Lyndon is chairman of the Royal Association of British Dairy Farmers and a member of the Government’s Working Group for Positive Animal Health. He believes in an “inclusive” leadership style and changing things quietly through consensus.

The Nuffield Scholarship certainly helped him on this journey. When asked to describe what Nuffield had given him, he said: “It opened my eyes to the world of farming and the inherent problems within. In many ways I became a man of maturity through the experience and brought home with me a real desire to effect change where possible. I’m committed to being part of the solution to the problems within the industry.” 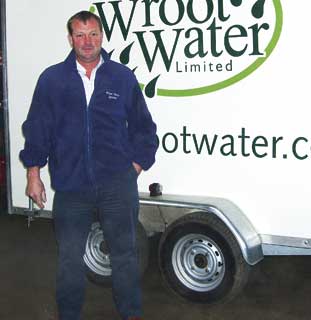 Farmer and irrigation expert Anthony Hopkins is a great example of someone who started his business from scratch following a good idea.

He was awarded a Nuffield Scholarship in 1999 to visit the USA and South Africa to look at more efficient use of water in agriculture.

He absorbed many views and returned home confident that drip irrigation has much to offer farmers battling with climate change and realised it could also make a difference at his own family’s enterprise at Carsaig Farm, Wroot, near Doncaster.

In 2000 Anthony set up Wroot Water, designing his own irrigation equipment, installing systems, giving advice and offering maintenance. Most of his customers are gathered through word of mouth including overseas. The business now turns over £900,000 a year and supplies 80% of the drip irrigation used in all UK potato growing.

Anthony’s expertise also led to him being appointed as the first UK distributor for John Deere Water Technologies – a new division dealing with world irrigation solutions. He is also involved in testing work with BASF, which could have far reaching implications for the arable sector.

Anthony grows between 8-20ha (20 to 50 acres) of potatoes a year in his own right and tries new irrigation techniques on the land before bringing them to market. 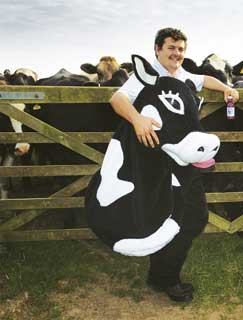 Pembrokeshire dairy farmer Will Prichard won a Young Nuffield Scholarship 10 years ago and has used the learning and the contacts ever since to grow his business.

He studied cattle handling for beef and dairy herds and has conducted up to 100 farmer presentations across the country explaining his ideas. Will was one of the first in the UK to work with New Zealand dairy designer Chris Randrup to upgrade his milking system to cope with upwards of 400 cows within two hours. Randrup built him a new 44/88 milking unit, which was thought to be the biggest swing-over parlour in Europe at the time.

The family partnership in Letterston, near Fishguard, continues to grow by taking on additional holdings and now handles 750 cows for milk. Will is looking to set up a new management structure for the business, which suits multi-unit dairying. Eighteen months ago he created a joint venture with a local fruit and vegetable wholesaler to bottle milk, and he is now processing all of it at a premium.

He also had early success working with Welsh organic farmer Jamie Adams in developing Will and Jamie’s Yogurt Drink. The product won a 2008 True Taste of Wales Award but they had difficulties reaching the right customer base due to distribution problems. Will realised his market analysis before launching the product was inadequate and he has subsequently decided to sell the company behind the yogurt drink.

When he’s not working on the farm, Will gives a significant amount of his time to wider industry involvement. He was chairman of the Wales YFC Rural Affairs Committee, chairman of the Future Farmers of Wales and has advised the Welsh Assembly on future trends in agriculture. He is also currently the youngest ever vice-chairman of CCF, the largest agricultural supply co-op in Wales, with a turnover of £40m. 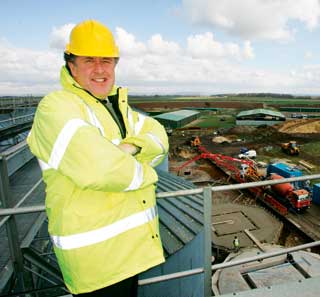 Some of the UK’s most successful farmers have had other careers and Richard Milligan-Manby is no exception. The former commodity broker spent several years working in the currency and treasury markets in London before returning to family farming in North Lincolnshire.

He runs an arable enterprise growing feed wheat, malting barley, oilseed rape and vining peas, as well as a beef business with Limousin and Lincoln Reds.

Richard’s Nuffield scholarship was on e-commerce in agriculture, and at the end of his study tour he concluded that there were big opportunities ahead with the global market if technology and skills could be developed.

He has applied some of this learning with the farm and wider industry involvement.

“I realised how global the supply side of agriculture had become,” he said, “Yet how production was still at such a local level. I learned to cut cost and how important it is to have access to global information to compete.”

Richard ended up switching his cultivation methods; he joined a buying group and got informed by securing reports on consumption trends for the grain markets he was supplying. The scholarship enabled him to challenge traditional ways of doing business and gave him the confidence to contribute to other businesses.

He is a non-executive chairman of farming and country supply company CWG and non-executive director of Woldgrain Storage and Centaur Products and a Council member of the RASE, where he is trying to instigate major structural change.

Developing his own capabilities has been an on-going goal and in 2007 Richard was awarded the John Beckett Agriculture Scholarship to do an MBA at Cranfield University.

The Steven and Gill Bullock Award for Nuffield innovation is now in its third year and aims to identify scholars who have best demonstrated a change in outlook and have applied their learning well for their career or business.

Steven Bullock managed the Farmers Weekly farms from 1963 to 1988 and then became a director of the Nuffield Farming Scholarship for many years playing a pivotal role in British agriculture. In his memory, his widow Gill has continued to support the Bullock Award by observing the judging process with the finalists each year.

The 2009 judges were: Former banker Norman Coward, farmer and turf specialist Stephen Fell and Farmers Weekly editor Jane King. This year’s winner will receive a £1000 cash prize and will be announced at the Nuffield Winter Conference on 20-31 October in Chester.

For more information on the Nuffield Farming Scholarships Trust visit www.nuffieldscholar.org or call 01858 555 544. To take part in the 2010 scheme, apply now with details of your personal study project. Applications close on 15 November.