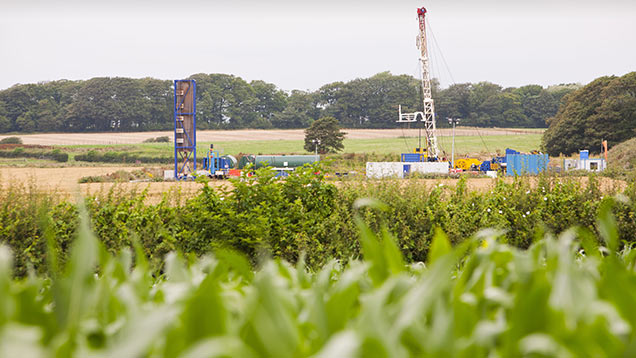 The government has not fully considered the potential risks to farming and food production posed by fracking, despite the fact that drilling will take place largely in the countryside.

A Defra report into the impact of shale gas on the rural economy was released on Wednesday (1 July).

But the 22-page report, much of which had previously been withheld, devotes just two sentences to farming.

See also: Farmers lose right to know their land is being fracked

It warns that the industrialisation of the landscape from shale gas exploration could adversely impact farming and rural tourism businesses and that possible surface water pollution could impact people who ate “contaminated wildlife, livestock, or agricultural products”.

Government won’t look at impact on farming in detail

But Defra has discontinued the study, and a spokesman at the Department for Energy and Climate Change (Decc) said it had not done any specific impact assessment on farming and food production because it was satisfied the risks of fracking could be managed.

Decc said it based this on the findings of two reports – but Farmers Weekly found that neither of these looked in any detail at the impact on farming businesses and food production.

This is despite numerous concerns raised by farmers, the public and MPs about possible water contamination, degradation of farmland, food safety and the potential loss of contracts with processors and retailers.

Robert Sanderson, a third-generation dairy farmer, said his farm in Lancashire sat directly between two sites that the council recently rejected fracking applications on, but he was worried the decision would be overturned.

“I don’t think [the government] really understand the impact [of fracking] on farmland,” he said.

“I don’t know how anyone can entertain such an atrocity.”

He said fertile farmland around him could be turned into “a desert-like industrial wasteland.”

“I think it could put us out of business.”
Robert Sanderson, dairy farmer

“I think it could put us out of business,” he added.

“The consumer won’t wait for hard data to be assured food is safe – if there is doubt they won’t buy it.”

He said he feared his nine-year old son who “lives and breathes farming” would not have the opportunity to farm if fracking took place on the surrounding land.

“I’m really worried because if we have an accident on farm and [the well] spurts stuff out, that land is redundant, useless.”
Tony Holden, dairy farmer

“I’m really worried because if we have an accident on farm and [the well] spurts stuff out, that land is redundant, useless.”

“Farmers aren’t being told the truth,” he said.

People couldn’t believe that the government would allow an activity with such detrimental effects, he said.

“Get yourself informed,” said Mr Sanderson.

“Look at it properly, don’t sign up to anything without proper advice – it’s paramount – you’re business could be destroyed.

“If anyone comes in a shiny suit and offers up lots of money, they’re probably not the person you want to be dealing with.”