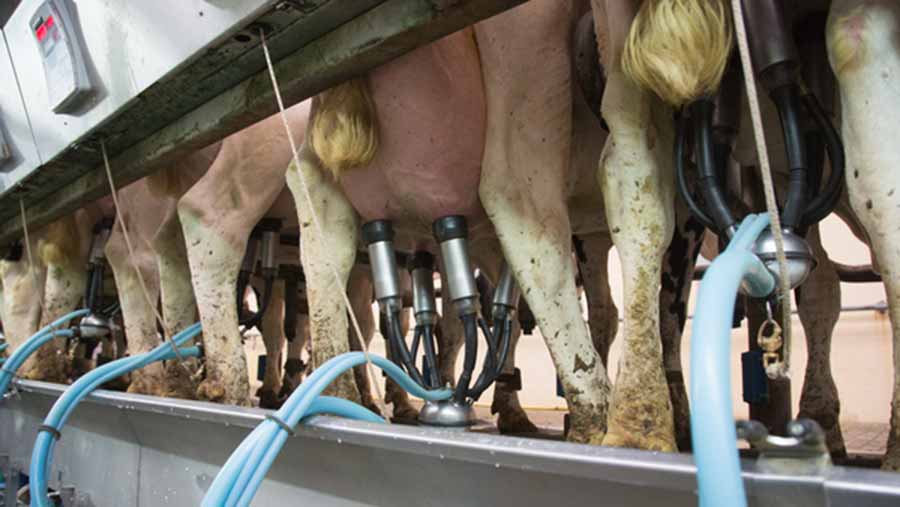 Seven major dairy farms in west Wales with combined annual milk production of about 40m litres have been given nine months’ notice on their supply contracts by Freshways.

In a letter to producers, the company, which describes itself as the UK’s largest independent processing dairy, blamed oversupply, with customers taking advantage of cheaper spot price milk.

The current average farmgate price paid to farmers by Freshways is 21.02p/litre.

One of the farmers affected, who asked not to be named, admitted the news had been a “bombshell”. “The letter came out of the blue – we had no hint that this was on the cards,” he told Farmers Weekly. The location of the farms, on the western tip of Wales, was a deciding factor.

The farmer had an element of sympathy for Freshways. “The spot milk price is creating havoc in the market,” he said. “We have changed our feeding system to get rid of all our B-litres, because there is no profit to be made in producing milk at 12-14p/litre.

“But other farmers need to wake up and realise if they don’t make changes to their own systems to stop oversupply, the market is never going to recover.”

He said he and the six other farmer suppliers faced the prospect of having no milk buyer from 3 December.

Bali Nijjar, managing director of Freshways, confirmed the contract terminations were the result of other processors sourcing cheap milk from the spot market and this had led to the loss of customer contracts.

“We have lost some contracts as people look for raw milk and packed milk which is not aligned to farmgate prices, but more to commodity and oversupply based prices,” he said.

Mr Nijjar suggested if there was a shift in the market, the seven farmers could see their contracts reinstated.

“December is a long way away yet and if we can find additional contracts, then we will look at retaining them, but no guarantees are being given. We cannot be in a substantial oversupply position at any time.”

Aled Jones, NFU Cymru’s milk committee chairman, urged farmers to consider the value in producing milk from their marginal cows. “There are different ways we can reduce production to get the market back into some sort of balance.”