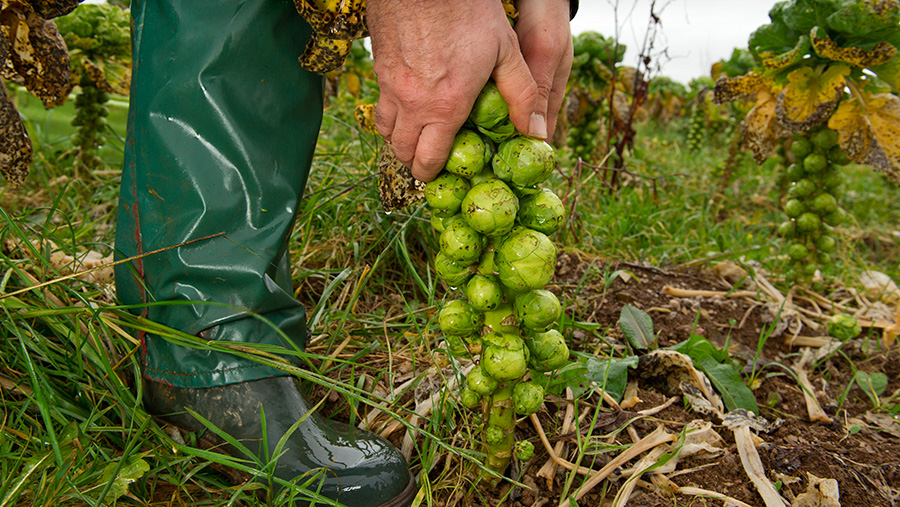 The chancellor Phillip Hammond’s announcement last week that the government would guarantee agricultural funding until 2020 still leaves many questions unanswered for producer organisations (POs) and their members.

UK POs benefit from almost £40m of annual EU funding, which comes from Pillar 1 of the CAP.

This figure, which matches that contributed by farmer members, pays for everything post-harvest – transport, storage, selling, marketing, investments and R&D.

While the Treasury’s recent announcement suggests that funding will continue to 2020 for existing POs, there has been no mention about what will happen after that date and it is unclear whether POs created after the Autumn Statement will qualify for government support.

Also in question is the legal status of POs. There are 33 fruit and vegetable POs and two in the dairy sector in the UK and their rights to exist and set prices for produce are sanctioned only within EU law.

Outside the union, the POs would be illegal, falling foul of British competition laws. 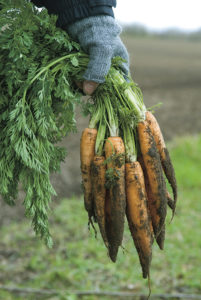 Partner at Roythornes Solicitors, Julie Robinson, says POs were created to address the imbalance between individual farmers and big players in the food industry.

“The ability to set prices would normally be seen as price fixing – it is only made legal by the EU,” says Ms Robinson.

“It is unclear whether this is something that the British government can support by changing legislation after we leave the EU.”

Without funding and the legislation to allow POs, there are fears the UK will not be able to compete and businesses could be put at risk.

British Growers’ Association chief executive Jack Ward says the expectation that PO funding will be covered by the chancellor’s recentstatement will provide some much needed short-term certainty.

However, the PO system works on three- to five-year funding agreements, so doubt over when the government will trigger the UK’s exit from the EU will create difficulties for investment decisions.

See also: Financial advice on budgets and contracts prior to Brexit

“We need to start planning for the post-Brexit world. Developing policy and getting the right decisions is a long-term process,” says Mr Ward.

“We want UK producers to be at the forefront of opportunities.

“The EU money is a stabilising factor and is included in our financial projections, the prices we need to charge our customers and business investment plans.”

Across the Channel the PO scheme will continue after the UK leaves the EU.

France, Spain and Italy already use the scheme more. Each draws more than €200m (£170m) a year – five times what the UK receives.

“We need to make sure that we are competing on broadly equal terms and unless we do this we risk exporting parts of the industry to areas where the production of fruit and veg represents a more attractive proposition,” says Mr Ward.

Mr Ward says he knows of at least four UK applications for fruit and vegetable POs that are being submitted for approval to start on 1 January 2017.

A further two have lodged applications for initial recognition.

“The Brexit situation has made this process more complicated and so the chancellor’s statement is welcome, particularly for an industry where margins are wafer-thin at just 1-2%,” says Mr Ward.

What is a producer organisation?

A producer organisation is a body formed by a group of farmers. It is a single enterprise, which is run democratically by all members.

It operates under a legal framework set out by European law and must also be recognised by a competent authority within a member state – in the case of the UK, that is the Rural Payments Agency and its devolved equivalents.

With those criteria met it can take advantage of exemptions to competition law and can negotiate supply contracts and prices from a stronger position with a substantial volume of agricultural products.

Dairy POs in doubt too 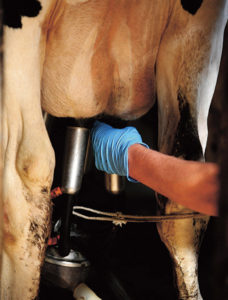 The future of the UK’s two dairy POs are equally in doubt, although they are not funded by the EU.

Dairy Crest Direct (which supplies Dairy Crest) and Direct Milk DPO (which supplies Muller) were formed after Brussels agreed a dairy aid package in 2011. Central to this was legislation allowing the establishment of dairy POs.

Dairy Crest Direct company secretary Michael Masters says that although the dairy POs are not EU funded, their legal framework is embedded in EU law.

“The EU legislation gives us the right to exist and the power to negotiate milk prices,” says Mr Masters.

“If the UK leaves the EU, under what laws will we trade? We have asked Defra but are still waiting for answers and assurances.”

Mr Masters says he is concerned the progress made by the POs might be lost. So far, they have helped producers to collaborate better, share results and allowed new tools – a pricing formula and a milk futures system – to be created.

“Communication has been improved throughout the chain and we have a production survey that more accurately details what is being produced.

“It is good for the whole supply chain. But right now the future is uncertain,” he says.

It divided into two when Dairy Crest sold its dairies business to Muller in December 2015.

A second PO Direct Milk DPO, was then set up to represent the remaining 660 DCD members transferring from Dairy Crest to Müller.

A third DPO of 141 Scottish farmer members of the Milk Supply Association is still under discussion with no timescale for recognition.

Brexit has issues for POs in the short, medium and, most profoundly, the long term, says Peter Cusick, partner at Roythornes Solicitors.

Until the UK triggers Article 50 and leaves the EU, there is a question over how the RPA and devolved authorities will deal with issues which go beyond the likely timescale for Brexit, such as new entrants, extensions to existing programmes, and new operational programmes for existing POs.

In the medium term (up to and including Brexit, assuming the UK leaves the EU), we will see many of the short-term decisions come into effect and influence events, says Mr Cusick.

After that there would be the termination of the schemes themselves.

This raises the question of how that would be effected and on what terms, particularly in respect of ongoing obligations such as assets and auditing. Existing legislation makes no provision for Brexit.

Longer term and assuming the UK leaves the EU, we have to ask whether there would be a nationally funded PO scheme, says Mr Cusick.

He is hopeful the Treasury will be persuaded of the scheme benefits. Now would be an odd time to weaken growers’ bargaining power after the POs have brought significant benefits by concentrating supply, he says.

Case study: ‘If we lose the scheme we will not have a big enough voice’ 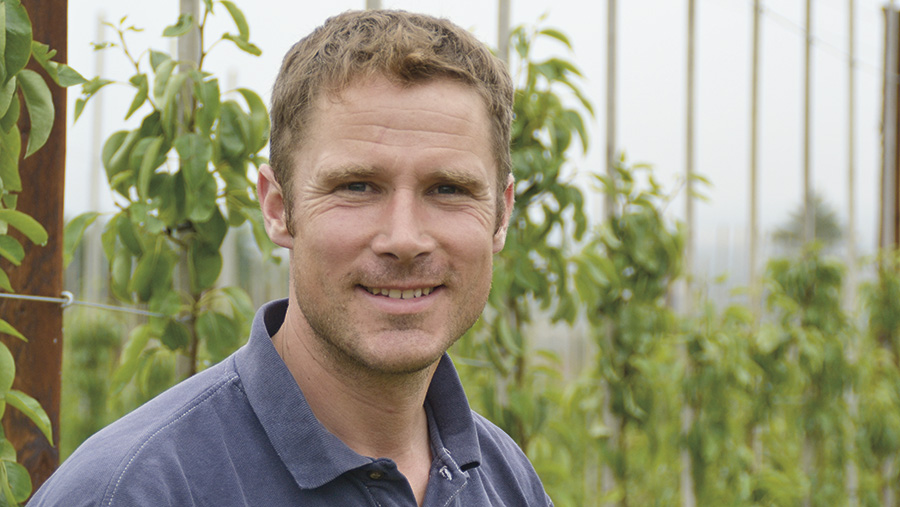 If we lose the scheme we won’t have a big enough voice to work with the processors and retailers, says James Smith

James Smith is managing director of his family business in Kent, supplying  2,500t of apples and pears from 75ha to Tesco, Asda and the Co-op.

The business is a member of the Avalon Produce PO.

The PO is responsible for the crop once it has been picked. It negotiates prices, organises transport and markets produce.

“The whole tenet is about concentrating supply to get higher values and improve grower returns,” says Mr Smith.

Funding of the organisation is through a grower levy based on a percentage of turnover and Mr Smith pays a rate of 4.1%.

This money goes into a central pot where it is match-funded by the EU – in this case, bumping the total funding up to £82,000 in total.

“The EU doubles our financial clout. It helps to minimise costs for members and stabilises prices.

“It also pays for R&D, such as new variety trials.

“If we lose the scheme we will not have a big enough voice to work with the big processors and retailers.

“Without the PO I could not invest to make my business work.

“A lot of businesses could cease production.

“Farming may prove to be unviable without this money,” he warned.

Could Brexit be an opportunity for POs?

There will be people in the farming and growing sector who view Brexit as an opportunity to rewrite the way the industry is backed, according to British Growers Association (BGA) chief executive Jack Ward.

Having voiced the BGA’s concerns about a future without the PO scheme he says it is also important to lead discussions on what might take its place.

“There is an opportunity for the industry to lead discussions on a new scheme that drives investment, jobs, productivity and market share,” Mr Ward adds.

“Clearly there is a big opportunity for the fresh produce industry to target more market share,” he says.

Mr Ward suggested to compete with the continental growers which would still receive funding, British producers will need some form of government support.

“But we are a long way off having any answers to the key questions – what would a scheme look like, would it foster collaboration, would it be some form of capital investment or how would it be regulated?” he asks.