Chris Baylis is looking ahead to make sure the Lincolnshire and Berkshire estates he manages will survive profitably in a lower-subsidy era as Britain leaves the European Union.

He is raising crop yields, forging closer ties with retailers and increasing his environmental work.

His beef is destined for Waitrose, malting barley goes to brewer Molson Coors and wheat is sold to the Vivergo Fuels biofuel plant in Hull.

See also: Read about all the Farm Manager of the Year 2017 finalists 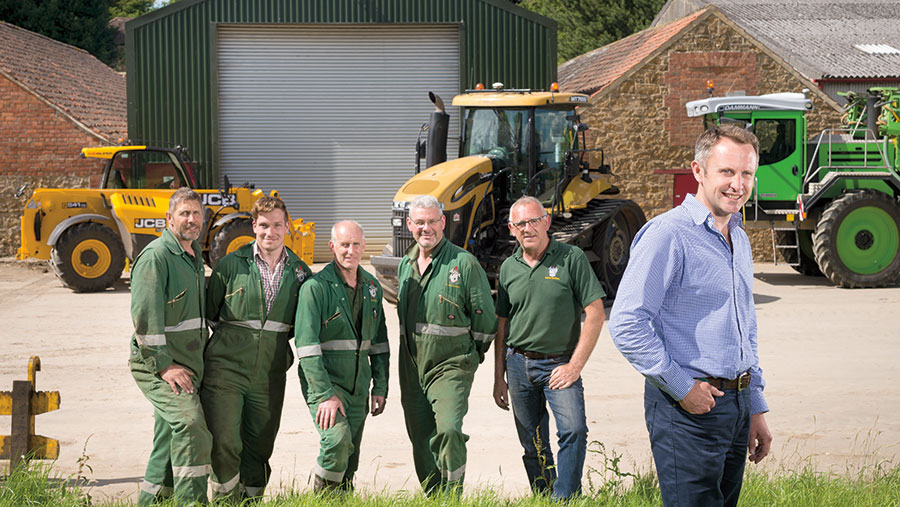 “Our long-term aim is to make the farm business sustainable in a post-subsidy era, in part by building relationships with end users and moving away from producing just commodities,” says Mr Baylis.

The Lincolnshire estate is now profitable before subsidy, as he has stemmed losses from the beef enterprise, and simplified the sheep operation in his six-year tenure.

Chris arrived at the estate, owned by Sir Richard Sutton, in 2011 and winter wheat yields have risen from 7.2t/ha to 9.4t/ha on the chalky Lincolnshire Wold soils in the last five years and variable costs trimmed to £55/t.

Aberdeen Angus bulls are now used on the 120-strong Lincoln Red suckler herd to win a 40p/kg Waitrose beef premium, and the once loss-making cattle make a 20p/kg profit.

A 1,200-head Mule ewe flock was sold off, and six-month-old gimmer Mule lambs were bought in and kept for a year to be sold as breeding stock, turning in a profit of £18 a head.

Chris is head of farming for both the family’s Lincolnshire and Berkshire estates, some 180 miles apart. He also manages a 10-strong team on a day-to-day basis on the most northerly estate.

Farm Manager of the Year 2017 is sponsored by Claas