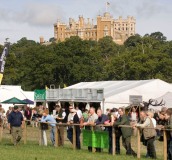 Higher prices and less market volatility are vital if Britain’s farmers are going to meet the challenge of increasing food production, according to the NFU.

Speaking at the CLA Game Fair in Leicestershire on Friday (24 July), NFU president Peter Kendall said higher food prices were needed if farmers were being expected to meet government targets of producing 50% more food by 2030.

“The biggest factor of food security is higher prices,” he told delegates at a Farmers Weekly debate on food security.

“Following the food shortages in 2007/08, we saw our production increase because better prices meant we went out of out way to put more inputs in.

“With the right prices, we get the right signals to go and produce. That will benefit a big chunk of the rural poor.

“The big challenge will be the urban poor, who will have to get used to spending more on food.”

Mr Kendall said DEFRA needed to take steps to help farmers as it could no longer assume the UK could buy the food it needed from other countries.

“In 2007/08 we saw food protectionism in 42 countries,” he said. “They said they wanted to feed their own countries first.

“We have to look at how the food chain works, spend more on research and development, have better regulation and see that young people want to come into the industry rather than seeing farming as an industry of the past.”

“If we don’t have more investment, then when the crisis arrives when the world is challenged for food, we won’t be ready,” he said.

“We need a long term view of ensuring we have the knowledge.”

Mr Aubrey-Fletcher said government policy in the past meant the industry had damaged the environment when it was tasked to produce more, something that could not happen again.

“We ripped out hedges and drained fields. We did a lot of damage.

“We need to look at food and environmental security together to find a clearer way to produce more food and do it without doing more damage to the environment.”

Norfolk farmer and Farmers Weekly columnist David Richardson accused the government of being “mixed up” over the issue of food security.

“I’m an environmentalist but we have got the balance wrong,” he said. “Supermarkets are too strong, government is too weak and domestic producers are squeezed between these two powers.

“In the 1950s, when we were faced with this issue before, we had guaranteed pricing, subsidies and advisory services.

“We can’t return to that, but we need something similar to reduce risks and increased prices.”

“There’s a problem to be tackled but it has to be done in a sustainable way,” she said.

“There are 37,000 farmers in environmental stewardship agreements, which accounts for 65% of farmland.

“We have a 70% target, but it’s about making sure we have food for the future as well as a range of ecosystem services.”

For pictures, video, tweets and news from the Game Fair see our special coverage here.