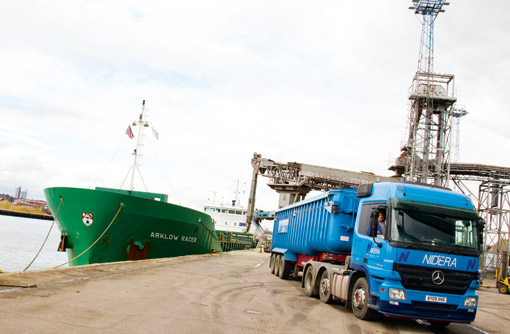 Nidera’s David Eudall outlines influences on grain prices in the run-up to harvest and beyond.


Regardless of the size and quality of the domestic crop, the key determinant of UK grain prices over the next two months will be movements in global supply and demand, with development of US spring-sown crops the most important factor.

The US corn crop lies at the heart of the global grain market. Despite persistent rainfall, 95% of the US corn crop had been planted by mid-June of which 85% had emerged, compared with 98% and 92% respectively by the same time last year.

The latest US Department of Agriculture estimate forecasts an increase in production of 30% to 355m tonnes – which is some 82mtonnes more than in drought-hit 2012.

With the majority of this crop now planted, grain prices have eased lower and traders’ focus has shifted to the critical crop growth stages.

Prolonged and extreme hot, dry weather in the US corn crop through mid-July would pose the biggest threat to the anticipated grain supply replenishment and could push prices up.

But if weather remains stable and crops see favourable development, then the potential for a rebound in supply and the building of global reserves is very real, and prices could fall further.

European countries have seen less variability in supply over recent years and affect global markets less than the giant US, South American and Black Sea regions, but Europe is expected to contribute positively to increased global supply in 2013.

In France, yield expectations are above average, although harvest may be delayed slightly due to the cold spring. In Spain, conditions have been ideal for crops, with larger wheat and barley crops anticipated.

The Spanish barley crop is exceptional, with the USDA forecasting production at 8.4m tonnes, against 6m tonnes in 2012.

As such, reduced feed barley imports are expected and with a potential UK barley surplus this season, prices may need to continue at a large discount to wheat to find export demand.

Winter wheat harvesting is imminent in Russia and the Ukraine, but spring crops are still developing, so the potential for a prolonged period of hot, dry weather to curtail yield is a possibility. With the volume grown in the Black Sea, this too could impact on global price levels.

However only a significant weather event, capable of disrupting newcrop supply worldwide, could really push prices any higher.

The UK wheat market has seen difficulties over the past year, but the direction of grain prices is now at the mercy of global supply and demand rather than the size and quality of our crop.

For 2013-14 the UK market will again see large wheat imports, but this does not guarantee fixed, high prices. If global grain production recovers in 2013, simple supply and demand dynamics mean prices will inevitably fall.

This is not the time to be complacent about grain and oilseed marketing. Ex-farm wheat prices have already fallen by more than £30/t for newcrop since the start of 2013 and the potential for a further fall is very real.


Nidera UK is part of global grain trader Nidera, which operates in 22 countries. One of the UK’s key grain exporters, it is based at Ipswich, Suffolk, with regional offices in Yorkshire, Norfolk and Hampshire.