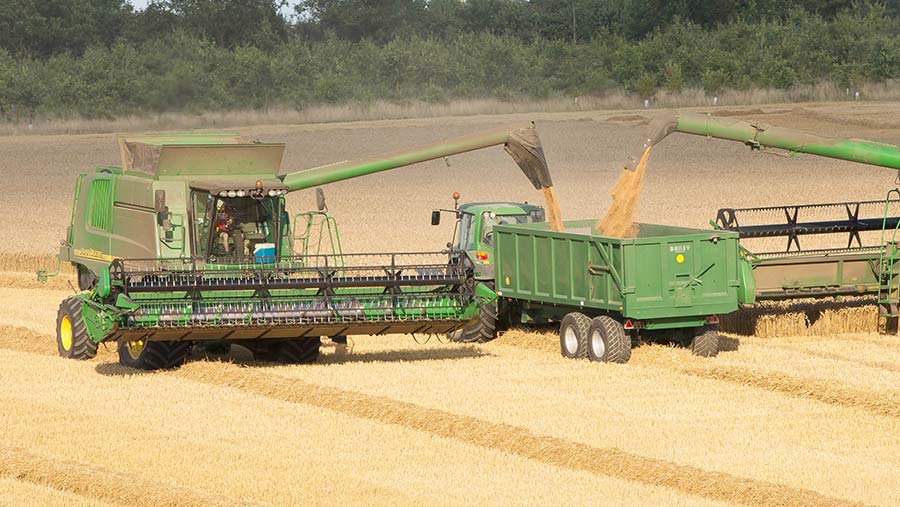 UK growers hoping for an end of season old crop bounce are likely to be disappointed as harvest 2019 predictions exert an increasing influence on global market sentiment.

Three principle factors are shaping market prospects in the run up to harvest.

First, the amount of grain produced in 2019 could be up significantly on last year; second, current UK wheat prices are uncompetitive compared to other origins; and third, sterling’s recent strong performance is adding further complications.

Since the last GGI in mid-February, as predicted, markets have moved steadily down as confidence in a rebound in global production grows. Trend yield analysis suggests there will be as much as 45m tonnes more wheat from the major exporting countries for the coming season.

There are no major weather issues in the main grain producing regions. Even areas that were drawing attention due to dry conditions have largely now received beneficial rainfall.

Ukraine’s production could reach 28m tonnes, up 3m tonnes on last year, Australia is expected to rebound by 8m tonnes to 25m tonnes and the highly influential South

American corn-producing countries are likely to give little support. Argentina’s production could be up 50% on last year and Brazil’s output might increase by 15m tonnes to hit 98m tonnes.

The US is now the main player capable of exerting any real influence on prices in the next few weeks. While US wheat end of season stocks are strong and production is expected to increase, wet weather has been causing planting delays for corn.

While they remain relaxed so far, they could start to get nervous if the weather doesn’t improve soon, leading to a possible bounce in prices as they move to cover their positions.

Apart from the occasional potential blip caused by such movements, the underlying trend is downwards. Deteriorating US/China trade talks are not helping as they are creating demand uncertainty and have the potential to slow world trade.

The market needs a significant weather problem to stop prices falling, but there is presently no such event looming. A late season drought like last year, however, could really get things moving.

UK wheat too expensive to trade

Any hopes of a significant lift in old crop UK prices now seem largely dashed. There might be some local supply and demand trading that produces a temporary opportunity, but this will be short-lived.

It’s actually been cheaper to import July new crop French wheat to the west coast of England than to buy from the UK.

There is still a wide gap between old crop and new crop prices and old crop will eventually fall to narrow this – with such bountiful supplies of global grain predicted, as things stand, new crop seems unlikely to move up to meet it.

UK wheat production in 2019 is expected to be 15m tonnes, providing an exportable surplus of 1m tonnes, but as harvest approaches, there are no trades in the book to take this.

This is largely because new crop UK wheat is about £5/t more than that from competing origins into our traditional export markets such as Ireland, Spain and the Netherlands.

Any tariff resulting from Brexit could make UK grain look even more expensive into Europe.

The recent strengthening of the pound has not helped, with the imminent threat of a hard Brexit now on hold. Currency volatility, however, remains a big unknown.

Comfortable stocks and a likely sizeable rebound in global wheat production will weigh on prices in the absence of a significant weather problem. An even bigger Russian export surplus than last season will provide strong competition.

Delays to US corn crop plantings could unsettle speculative funds into unwinding their short positions. El Nino forecasts in the southern hemisphere could also unsettle things, as could any late season dryness in EU or Black Sea countries.

Few global factors are giving support to prices, however markets will react to weather, which could then create selling opportunities.