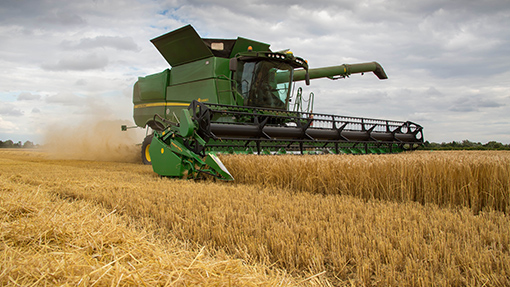 Despite a brief rally, UK grain markets ended the week to Wednesday relatively unchanged, with spot feed wheat at about £107/t ex-farm. Feed barley improved slightly, to around £102/t, while Group 1 milling wheat premiums widened to nearly £42/t over feed, depending on location.

Defra’s latest estimate put UK wheat production at 16.6m tonnes, leaving an exportable surplus of about 3.5m tonnes, said David Sheppard at Gleadell Agriculture. “Given that total exports are estimated at about 300,000t by the end of September, that would leave the UK in need of a huge shipping campaign during the last nine months of the season, against the bearish background of growing EU and global coarse grain supplies.”

Although UK milling wheat quality was ideal for export, the strong pound was likely to hamper EU trade.

The latest USDA report surprised markets by cutting both US and global wheat stocks, but grain prices remained depressed.