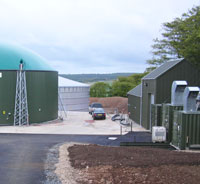 Farmers could to be given a key role as energy producers under initial plans outlined by Britain’s fledging coalition government.

The coalition agreement reached by the Conservatives and Liberal Democrats includes a pledge to fulfil joint ambitions to create a low carbon economy.

A seven-page document published on Wednesday (12 May) includes a whole page dedicated to environmental policies.

It includes “measures to promote a huge increase in energy from waste through anaerobic digestion”.

Suppliers would be required to source an increasing amount proportion of their electricity from renewable sources, the document suggests.

Farmer interest in certain small-scale renewable energy projects has surged over recent weeks following the launch of a FiT scheme on 1 April.

The scheme is targeted at smaller-scale wind, hydro, solar and anaerobic digestion projects less than 5MW in size.

It offers index-linked payments of up to 41.3p per kWh for generated power and an additional 3p per kWh for exported surplus power.

Payments are guaranteed for a maximum of 25 years and vary depending on the type and size of system used.

Anaerobic digestion is a series of processes in which micro-organisms break down biodegradable material in the absence of oxygen to release energy.

Almost any organic material can be processed with anaerobic digestion, including grass, leftover food, sewage and animal waste.