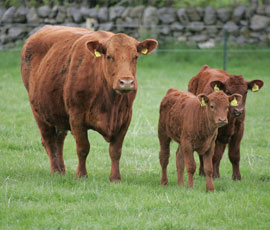 Stalemate has developed between organic livestock marketing co-operative Graig Producers and buyer Vion after the meat processor wrote recently to marketing group members informing them that it wanted to pay them direct instead of through their co-op.

“The first we knew of this was through one of our members,” said Bob Kennard, managing director of Graig Producers, which has more than 300 members in England and Wales. Mr Kennard said farmers should be free to choose their route to market.

As well as offering marketing strength, a further benefit of co-operative membership was that it provided credit insurance which would not be available to the individual farmer in the same way or at the same cost if he was trading as an individual, said Mr Kennard.

“Most members are sticking with us and we are finding other outlets,” he said.

A statement from Vion said: “Responding to calls for greater supply chain transparency, Vion has recently introduced a revised payment process that sees farmers receiving direct payment for livestock, which we believe will also deliver greater efficiency for farm administration.

“The issue with Graig Producers is isolated and is not a move to bypass co-operative groups; Vion continues to maintain a positive, constructive commercial relationship with other farmer marketing groups who continue to be recompensed for the valued services that they provide.

“Vion is farmer-owned, and is a significant British farmer in its own right. Vion deals directly with thousands of small producers throughout the UK, and recognises the importance of promoting a strong, sustainable agriculture supply chain.