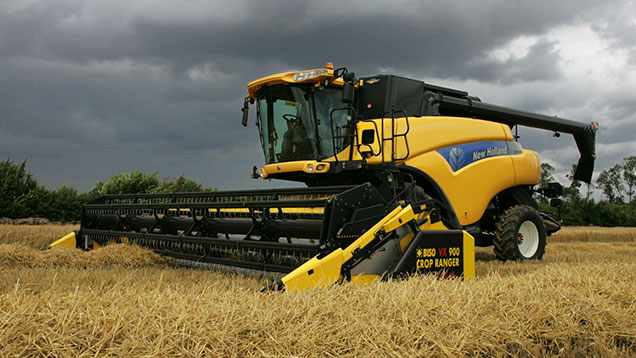 Grain markets have dropped over the past week, following an announcement by Russia – after weeks of speculation – that it will not be limiting exports.

London wheat futures ended the week to Tuesday down by between £4 and £8/t, with January at £128.80/t and November 2015 at £140.90/t as the French agriculture ministry increased its estimated wheat acreage to 5.1m hectares.

In contrast, oilseed rape values remained steady, torn between weaker crude oil markets and the lower planted area across Europe.
Pulse prices have risen steeply over the past fortnight, with feed peas and beans up by £7/t, to £192/t and £198/t ex-farm, respectively.

“Compounders are finding values too high over feed wheat for beans to be of significant interest – but extruders appear to be short and are active buyers,” said a report by Bepa and PGRO.

Limited availability of French supplies and concerns over quality had driven renewed export interest for UK human consumption beans, pushing the premium up to around £30/t over feed beans.

“The need to maintain quality in store is critical, with an increasing number of samples seen deteriorating with mould due to excess moisture, or darkening from oxidisation of the skin colour where stored in light conditions.”