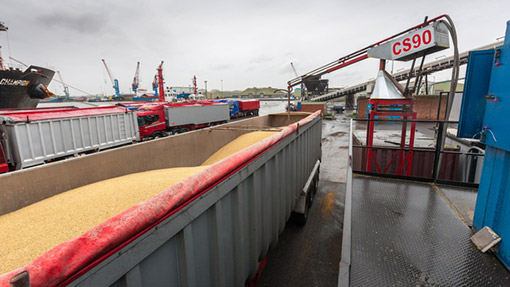 Grain markets have rebounded strongly in the past week, buoyed by fund buying in the USA and decent export sales from the UK.

“The US funds have been covering shorts, taking profits by buying back futures,” said Tim Styles, grain marketing manager at FramFarmers. “There are only so many days the market can trade down on crop size news, and the funds have been looking for a bottom in the market for a while.”

However, it still wasn’t clear where prices would go from here. “We may have seen the low of the market, but the jury is still out, so this is a good selling opportunity for some,” said Mr Styles.

The weaker pound had made UK feed wheat more competitive on the export market, resulting in reasonable sales this week, he added. Spot feed wheat was now fetching about £109/t ex-farm, depending on location, with feed barley £3-4/t lower than that and group one milling wheat £40/t higher. Oilseed rape values had remained fairly steady at about £240/t ex-farm, having been curbed by falling crude oil prices.

Despite the improved prices, ex-farm selling remained quiet, said Trevor Harriman, general manager at Scotgrain. “Even now, the price will be a loss-maker for some farmers, so they are just waiting and watching.” Scottish demand was fairly level, although the North East’s ethanol plants were helping to soak up feed wheat from the borders, he added.

“There’s more demand in the south of England due to export activity, but these prices are really being driven by futures markets rather than physical trade. Values had really fallen too far and now we’ve seen the correction.”

But David Sheppard, managing director at Gleadell Agriculture, reckoned there was still a long way to go. “Good spot demand has allowed farm values to rise off a four-year low, although with Defra reporting the UK wheat crop at 16.6m tonnes and imports still running ahead of exports, the recent rally may be short lived,” he said.