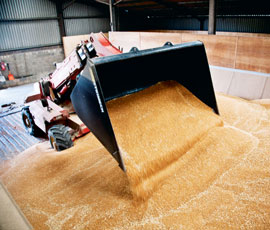 London feed wheat futures ended the week to Tuesday (22 November) down by £2.75/t for November, and by £5.75/t for July 2012. “Financial crises have led to a sharp decline of commodity prices,” said a report by analyst Agritel. Conformation that the Ensus biofuel plant will not re-open until spring 2012 has also weighed on the UK market.

The collapse of futures broker MF Global may have greater consequences than initially expected, with US clients’ losses standing at US $1.2bn (£768m), twice as much as originally estimated.

The case has raised many questions about the future of commodities trading on futures markets.