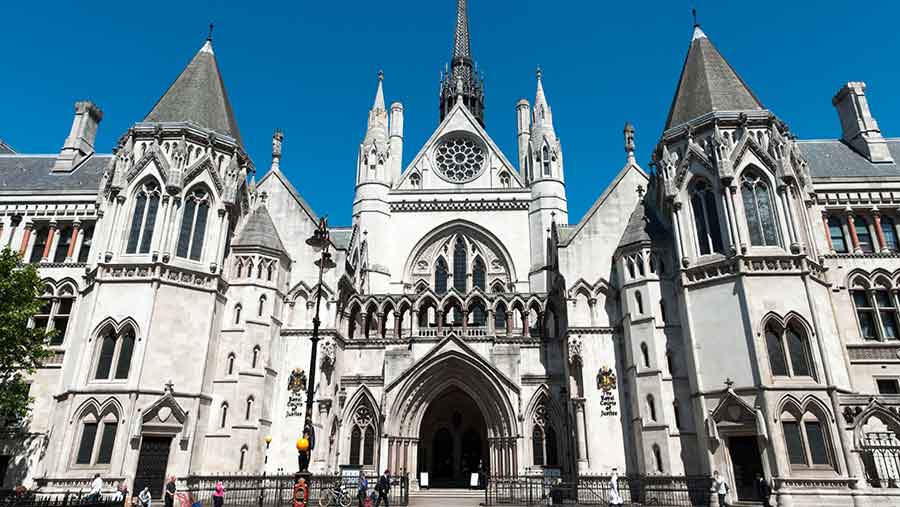 A High Court judge has ruled against a farmer’s proposals for a new barn near Wimborne, Dorset due to doubts over its status under permitted development rights.

Brian Pitman says he needs the barn at Hinton Martell for storing potatoes, and as a maternity unit for his 45 ewes during the winter. He started construction work after East Dorset District Council granted him “prior approval” for the development in February last year.

But the barn now stands unfinished after his neighbour, Glynn Marshall, of nearby Pound Farm, challenged the council’s decision.

The judge – Mrs Justice Lang – ruled the council had “exceeded its powers” by granting Mr Pitman prior approval. Mr Marshall argued the farmer had no automatic right to build the barn as it stands within 400m of his home and others – including a Grade II-listed property.

Mr Pitman also planned to use it to “accommodate livestock” and the proposed barn therefore did not fall within permitted development rights, he claimed.

Ruling on the case, the judge said the council had no power to grant prior approval when the barn’s status under permitted development rules was in doubt.

She added, however, that Mr Pitman had been within his rights to start building the barn after the council failed to reach a decision on his application within 28 days.

The ruling means that, if Mr Pitman carries on building his barn, he will be at risk of the council taking action to enforce its removal.

But the judge said the farmer still has the option of applying for full planning permission for the development.

Alternatively, on the assumption his agricultural unit measures 5ha  or more, he could still take advantage of permitted development rights by doing away with plans to use the barn for livestock and by moving it so that it is more than 400m away from Mr Marshall’s home and other dwellings.

The case highlights the importance of knowing the rules on permitted development rights.

On units of 5ha (12 acres) or more of agricultural land this is known as class A development.

Farmers have the right to erect, extend or alter a building, including excavation or engineering operations, if they are “reasonably necessary” for the purposes of agriculture within the unit.

However, any development must meet the prescribed rules about its siting, size and purpose.

For example, development under class A PDR rights are prohibited if: