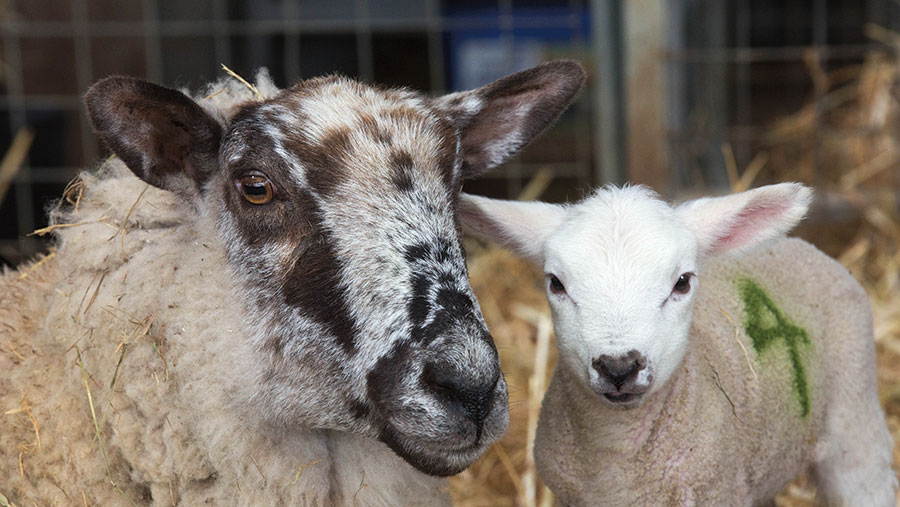 Record old season lamb prices are likely to benefit early producers of the 2018 lamb crop as domestic supplies are forecast to remain tight and imports flat.

The AHDB has revised its forecast lamb rear rate down 3% for this season compared with 2017. This follows farmers and fallen stock collectors reporting higher mortality rates caused by weeks of rain and cold weather.

A spokesman for nationwide deadstock collector Robinson Mitchell said that there had been a sharp increase in the number of ewes and lambs it had been receiving, with producers in Cumbria hardest hit by losses double the rate of last year.

AHDB red meat analyst Rebecca Oborne said there are likely to be 600,000 fewer lambs forward for sale in 2018 because of lower lamb rearing rates, but the decline has been moderated by the fact the national sheep flock has been increasing in size.

Despite farmgate prices rising across the EU, she said that the import value a tonne was still less competitive for exporters such as New Zealand and Australia.

Other markets such as China and North America are more attractive, meaning the likelihood of higher EU imports is small.

Sales of prime hoggets soared beyond all expectations again this week with livestock markets reporting values in excess of 300p/kg on average and topping out at more than 360p/kg amid mounting concerns over product availability until significant numbers of new season lambs come forward.

Stocks are now dwindling after increased throughput earlier in the year, with 57,338 lambs sold live in the week ending 7 April, compared with 74,323 in the comparable week in 2017.

“Don’t get too carried away at a few hoggets making £5.30/kg [deadweight],” he said, explaining that while early lambing flocks would benefit from the strong domestic demand, the majority of the sheep sector is still heavily reliant on the export trade.

Margins are already being eroded this season because of rising production costs, with farmers forced into spending more on feed to support ewes through the extreme cold and wet winter weather.

Mr Siddle estimates that many producers in his area will have already had to feed ewes up to 20% more than the previous year.

Sheep feed production has shown a sharp increase on the year as growers responded to harsh weather by upping feed rates for in-lamb ewes.

The most recent figures from the AHDB, which run until the end of February, show animal feed production was up by 6.6% for sheep compared with February 2017.

Adam May, agricultural commercial manager at Mole Valley Farmers said ewe feed consumption had increased by 15-18% on average across all rations compared with last year when the weather was kinder.

He said prices for growers who had not fixed into a contract were up about 5-8% on the year, with lamb creep by a similar amount.