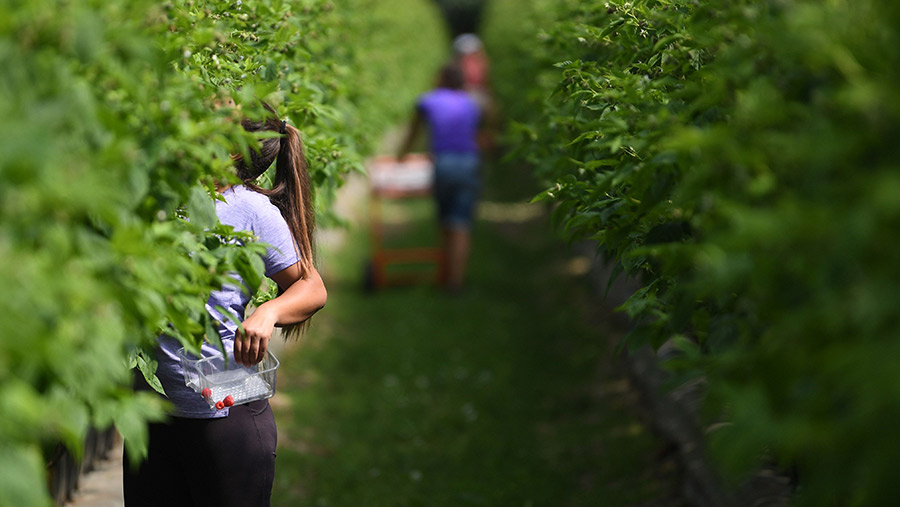 Soft fruit growers fear time is running out to recruit foreign workers to pick crops this spring as additional labour recruitment companies have not been announced by the Home Office.

Farming unions welcomed the UK government’s decision to extend its Seasonal Workers Pilot (SWP) scheme to allow 30,000 visas for temporary farmworkers to enter the UK for a maximum of six months.

Although the pilot numbers are increasing, it will still not be enough to meet the estimated 70,000-80,000 picking-and- packing roles available in the horticultural sector.

The government has suggested that growers can make up the shortfall by employing EU workers with settled or pre-settled status and domestic workers – especially people who have lost jobs during the Covid pandemic – and students.

However, fruit-growing companies require workers to pick crops in May, and a government delay in announcing two additional farm labour recruitment companies is adding to the anxiety and raising concerns of labour shortages again this year.

‘On a knife edge’

NFU vice-president Tom Bradshaw said: “Soft fruit companies need workers from around mid-May. The picking season is not far off, but they are living on a knife edge.

“They are desperate to get clarity on who is going to be the extra two labour providers and what recruitment is going to look like. They need this business certainty.”

The two current companies licensed to recruit workers under the scheme – Concordia and Pro-Force – will continue in 2021.

Defra has selected two additional organisations and endorsed them to apply to the Home Office for a sponsor licence.

The Home Office said it was now considering these applications but would not provide progress updates.

“It is absolutely right that due diligence is applied to this process, and we have always been clear that it will take up to six months to select additional scheme operators,” said a spokesman.

“An announcement will be made in due course, but we expect them to be in place before peak production periods, during which we see the highest demand for seasonal workers.”

NFU horticulture board chairman Ali Capper urged the government to announce the two new operators as soon as possible.

“If it delays the announcement until June, the workers will only be available for the second half of the season,” she told Farmers Weekly.

Ms Capper said thousands of foreign seasonal workers needed to be recruited now, or some parts of the horticulture industry could face a similar fate to the daffodil sector, which suffered crop losses of between 25-40% earlier this year because “they just didn’t get the numbers they needed”.

Prospective workers could also face delays due to Covid restrictions between UK and EU borders and arranging working visas, and the need to self-isolate for a week once they arrive, she added.

Meanwhile, Defra has confirmed that it won’t be running its Pick for Britain campaign, which last year helped to recruit UK-based workers in seasonal crop-picking roles.

Instead, the NFU and the Department for Work and Pensions will work together to identify measures to support, attract and retain domestic workers with the right skills and attributes.

The NFU said it was “very grateful” for Defra support with this initiative, and it was “incredibly important” that horticulture businesses advertised their vacancies on the Find a Job website to demonstrate the need for workers. 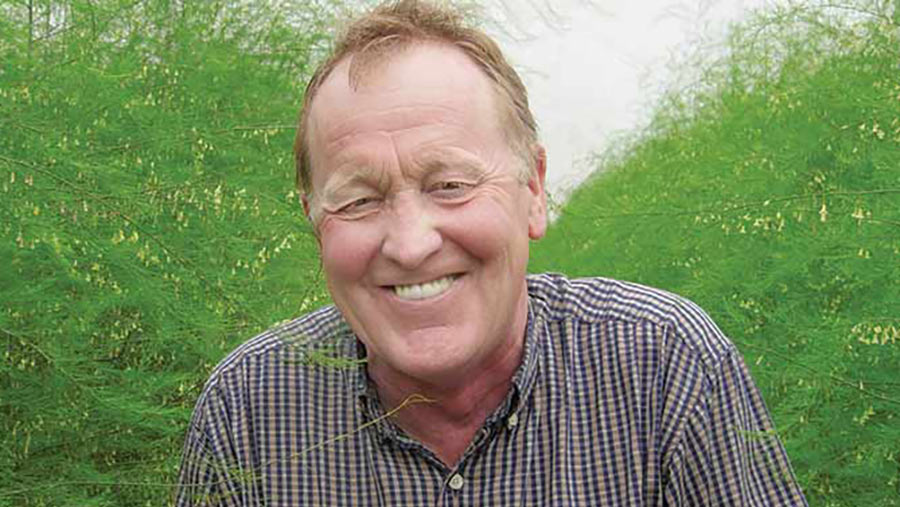 Cobrey Farms, the UK’s biggest asparagus grower, based in Herefordshire, needs to recruit 1,350 workers across its farms for the asparagus picking season.

Co-owner John Chinn said he was grateful that the government had extended the seasonal workers’ pilot to 30,000 workers. His company is working with farm labour provider Concordia to find the staff.

The traditional UK asparagus picking season usually begins each year on St George’s Day (23 April). But this year, it’s a late season, which is adding to the confusion over when to recruit workers.

As well as the 500ha in Herefordshire, Cobrey Farms also grows asparagus in Norfolk and Suffolk. Crops in these two counties are about 10 days later than in Herefordshire this year.

“It’s a military job to try and plan it,” said Mr Chinn. “People coming here have got to go into self-isolation for a week due to Covid.

“We have to accommodate them, feed them. They are not earning money during this time. We don’t want to bring them here too soon, but we need our picker numbers in place by the first week of May.”

Mr Chinn said he is trying to recruit workers from a range of areas. This includes some domestic workers returning from last year, who have been given promotions.

Daffodil pickers from Cornwall have also been drafted in, and the company has also recruited workers from as far as Nepal and Barbados.

“We are having to go further and further afield to find our labour force,” said Mr Chinn.

“It was a great step forward by government to extend the seasonal workers’ pilot to 30,000 workers.

“They are not implementing it anything like they need to. A big effort is needed to make things happen. But if Covid was not there, it would be a lot easier.”