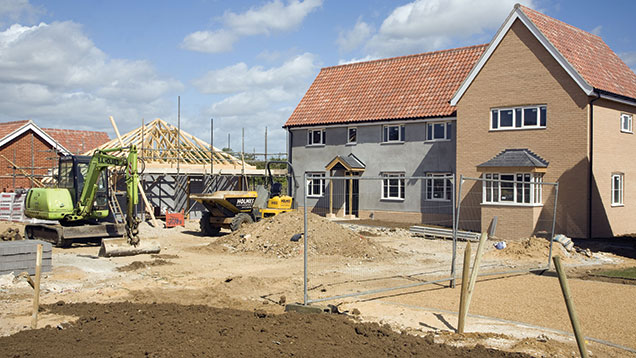 Well-positioned parcels with planning permission have sold for as much as £1m/acre in the south of England and £600,000/acre further north, while land in north Wales has gone for 50 times its agricultural value.

Agents say that a growing population and more confidence in the economy is leading to greater development activity, while the government’s National Planning Policy Framework (NPPF) is helping developers appeal local planning decisions.

Developers are approaching farmers with “option agreements”, where they agree a price, but only buy if a planning application is successful. Also increasingly common are promotion agreements run by middle-men who market the land to groups of developers.

In some regions, this rollover relief has led to buyers paying above market value for land, leading to price spikes in the local market.

Farmers Weekly spoke to land agents around the country:

Bedfordshire
“There has been more activity on the market in the past 12 months, likely due to the NPPF.

“We have seen land with hope value and no planning permission commanding up to a 50% premium and other parcels doubling their money where outline planning has been sought.” Sophie Greco, Robinson & Hall

Oxfordshire
“It’s probably as good a planning climate as I can remember in the 40 years I’ve been in the business, principally because of the NPPF.

“A piece of arable land south of Birmingham worth £8,000/acre with planning for houses is going to be worth either side of £1m.

Conwy
“Whether land is within or outside the development boundary and subject to planning permission has a significant bearing on its value.

North-west England
“We are seeing land taken by developers under option or land promotion agreements and have examples of farmers with rollover relief paying premiums of 10%.

“Most are buying land for farming purposes with the potential long-term gain.” Charles Meynell, Fisher German

Kent
“Kent has seen a lot of residential land activity over the past two years since the Localism Bill.

“For most land owners planning has been a much quicker and painless exercise than they envisaged, side-stepping appeal mainly due to the local authorities’ failure to have secured adequate supplies of building land to meet NPPF targets.” Richard Thomas, BFT Partnership

Nottinghamshire
“The rollover buyer is back. These buyers have been absent from the market in the past few years, however they are having an affect today.

“With less land to buy and more land being developed there will be pressure to reinvest, which can lead to premiums being paid.” Will Parry, Savills

What land is attractive to developers?

Cheshire
“We have been selling land throughout the past year on the urban fringe.

“This used to fetch less than good arable or dairy land but now is probably on a par with better farm land.

“We have sold land close to towns for up to £15,000/acre and it’s having an upward effect on prices generally.” Graham Bowcock, Berrys

Gloucestershire
“We are seeing some farming families with considerable funds to acquire the right property.

“Some prices paid in private sales have been considerable and in our opinion will only continue to rise due to land shortfall.” Matthew Peters, Bruton Knowles