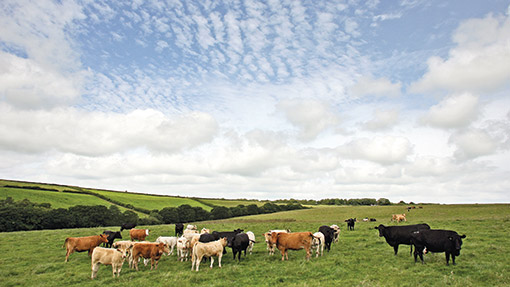 Achieving PGI status for their meat has opened new markets for Scotland, Wales and the West Country.


Charlie Taverner looks at how England’s beef and lamb producers might benefit, too.

British livestock farmers might want some protection after a difficult few months. Farmgate beef prices have plunged in the past year, as a short-term surge in Irish supplies was met by shrinking consumer demand for red meat.

PGI is one of three awards in an European Union scheme that protects and promotes the names of farming products or traditional recipes.


Protected geographical indication (PGI) covers food closely linked to a geographical area where at least one of the stages of production takes place.


An application can take several years, starting with a producer group drawing up a definition and finishing with EU approval.


Today the UK has 62 protected food names and there are more than 1,200 across the EU, such as prosciutto ham and Parmigiano-Reggiano cheese in Italy.

Lamb prices suffered a sharper-than-usual seasonal slide and farmers have protested against supermarkets promoting New Zealand sheepmeat at the peak time for the British alternative.


One regularly touted remedy is the wider of use of protected geographical indication (PGI) status to ward off foreign products and secure a premium for livestock farmers.


In the UK, 62 products now carry one of three EU marks that protect specialist foods, such as the Cornish pasty and the Melton Mowbray pork pie.


PGIs represent the premium end of the meat market but some believe they help improve the value, image and reputation of home-grown beef and lamb generally.


Have the labels worked so far? Would an English PGI make a difference?

Scotch beef and lamb is the longest-standing PGI for red meat in the UK.


The status was granted in 1996 and the specification was tightened up in 2004. To carry the label, the meat must come from an animal that has spent all its life in Scotland – from birth to slaughter.


Scotch beef can only come from farm-assured heifers, steers and beef-bred bulls under 16 months, while lambs have to achieve a 2, 3L or 3H for fatness and E, U, R or O for conformation.


“People are valuing the quality schemes and each time there is a crisis like Horsegate our demand is rising,” he says.


About 9,000 farmers are signed up to the Scotch PGI scheme, meaning 90% of heifers and steers are eligible and slightly less of the Scottish sheep flock.


QMS estimates Scotch beef generates about £200m/year of sales in the UK and lamb creates about £7m, typically carrying a 10% retail premium.


Roughly one-tenth of Scotch beef and lamb is sold outside the UK, with big markets inside the EU as well as in Norway, Monaco and Switzerland.


Mr Vernet says it assures the farmer that there are no animals coming from outside Scotland that can claim the same status, which lends some support to prices.


But he says PGI is not a formula for instant success but is rather a “copyright for food”.


“PGI will not bring you a premium but it is here to protect you,” he says. “You have got to protect something that is already established.


“It is a bit like with a Louis Vuitton handbag: there are lots of imitations but you have a certificate of quality.”


To carry the badge the animal must have been born and reared in Wales then slaughtered in an approved abattoir.


Beef has to meet a carcass classification of R conformation or better and 4L fat or leaner.


While it is not breed-specific, the beef usually comes from Welsh Black or Hereford cattle.


Lamb must be under a year old, achieve at least an R3H grade and be derived from traditional Welsh breeds.


More than 15,000 sheep holdings and 12,000 beef holdings are registered to produce Welsh PGI meat, and 23 abattoirs are approved to slaughter.


“Wales has both the topography and the perfect climate for the production of natural pastures to rear sheep and cattle,” she says.


“We do not want to be a commodity product and compete on price. Welsh beef and lamb are worth paying that little bit extra for.”


An HCC report last year showed that PGI Welsh lamb received a retail premium of £1.70/kg over the average lamb price in the UK.


“PGI is understood more in Europe and has really helped in terms of opening markets,” Mrs Pickup says.


She adds that the protected status is just one part of the special identity of Welsh lamb and beef.

PGI status was granted to West Country beef and lamb this January and the label has been building popularity among farmers and supermarkets.


West Country beef and lamb must have been born, reared and finished within the six counties: Cornwall, Devon, Somerset, Gloucestershire, Dorset and Wiltshire.


It also must have been fed a diet that contains a minimum of 70% forage.


Beef carcasses have to achieve at least an O+ conformation and a fat level between 2 and 4H.


Sheep must be no more than a year old at slaughter and achieve at least an R conformation and a 3H or leaner.


PGI was granted on the basis that the West Country has unique regional qualities, with higher-than-average temperature and rainfall creating a longer grass-growing period.


Phil Hadley, Eblex southern senior regional manager, says the product is not linked just to a region but is intrinsically different from meat produced elsewhere.


The forage-based diet causes a chemical change in the ratio of fatty acids in the muscle tissue, creating more unsaturated fats than bad saturated ones.


“Consumers have to buy that product with the confidence they are getting an exceptional product and it has a compelling regional story which is recognised by the EU for being important in many ways,” he says.


In March, Jaspers and Dawn Meats became the first two companies approved to market West Country beef and lamb under the PGI banner.


Advisory group Meat South West has held meetings for farmers to learn about how to meet the specification.


An early success was for Tesco to commit to using only West Country lamb for all its high-end Finest range lamb across England from May until now.


Producers fill out a self-declaration form saying the animal is PGI eligible when they send it to the abattoir or livestock market, so they can receive some kind of price premium too, Dr Hadley added.


On the question of an English PGI, he says achieving the status for the West Country was a long process and he was not sure it would work for an even wider region.


“The area has to show its uniqueness,” he says. “The bigger the area, the more difficult it gets to describe why it is unique.” 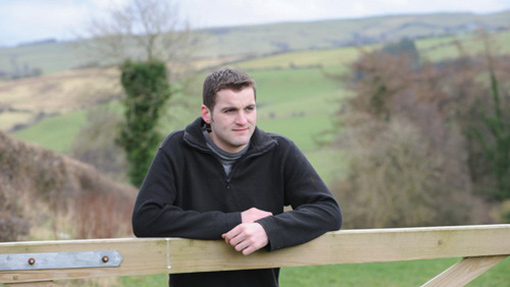 Conwy beef and sheep producer Myrddin Davies is a champion of Welsh PGI.


He runs 450 breeding ewes on his 72ha farm and buys in dairy cross beef cattle to finish or sell on as stores.


All the stock is sold at Llanrwst market and is eligible to carry the PGI brand.


“Through the PGI we can access more markets other than our own in the UK, which helps to keep the price more competitive,” he says.


“As we have seen this year, especially with some supermarkets stocking non-UK lamb when UK lamb is in prime season, if we relied on that market solely, like if we did not have a PGI, it would have a direct impact on prices.”


“For conveying the image of the industry, we have a status that recognises the importance of Welsh lamb and beef,” he adds.


“The PGI stands for heritage and tradition and quality.”