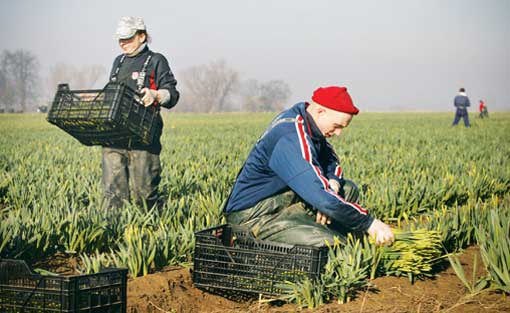 It can be a minefield – get employment law wrong and there is the risk of costly tribunals and hefty fines or worse. This is an area where preparation can pay dividends, protecting against disputes or HM Revenue & Customs investigations.

The most common mistake made in farming is whether workers are employed or self-employed, says Kate Gardner (pictured below), partner at solicitor Clarke Willmott. “Different types of workers are entitled to different employment rights, so it is important to distinguish what type of workers you have.” 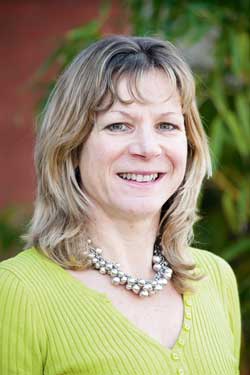 Employees have far greater rights, including protection against unfair dismissal, the right to redundancy pay, and to be transferred on the sale of a business. But it is important not to rely on a simple description of a worker – someone who claims to be self-employed may actually be employed in the eyes of the law.

“A worker’s status will depend on the mutuality of obligation between the parties – is there an obligation on the employer to provide work and pay for work done, and is the employee obliged to do that work?”

In determining whether a worker is self-employed or employed, how they are paid and whether they are expected to work certain hours or obliged to provide their own cover in case of holiday or sickness will also be issues.

For example, in the case of Newnham Farms Ltd v Powell, Mrs Powell worked fewer than eight hours a week in the office, and was paid £2,000 a year to reduce her husband’s tax liability.

When the couple separated, the court ruled she was actually employed, and was awarded back pay to the Agricultural Wages Board minimum, redundancy pay and unfair dismissal compensation. “It is worth getting the employment status of all your workers right from the very beginning,” says Mrs Gardner.

Casual and seasonal workers are rarely classed as employed because of the lack of mutual obligation. However, they are still entitled to paid holiday, the national minimum wage, maternity, paternity and adoption pay (but not leave), and may not be discriminated against.

Seasonal workers may be considered employees if what is known as an umbrella contract exists, where it is the practice that they are taken on in subsequent seasons.

Where workers are provided through an agency, they will fall under the Gangmasters Licensing Act, warns Clarke Willmott partner Tim Hayden. “The supply of labour in agriculture, forestry, food processing and catering, and shellfish industries is regulated. It is an offence to supply without a licence, or to enter into arrangements with an unlicensed supplier.”

Contrary to popular belief, the GLA does not just apply to foreign unskilled labour – it also covers UK nationals, any skilled, senior and single workers, including a farmer’s own labour in some cases.

“If you buy a neighbour’s crop and send your own workers to cut it, then under the gangmaster regulations you are technically required to hold a gangmaster’s licence, although I know of no cases where prosecution has been brought.”

The many exemptions from the regulations include temporary supply between farmers, family members, skilled workers if employed, and contract work where the contractor supplies their own machinery.

Where labour is provided through a gangmaster, the employer must pay the minimum wage. Fines may also be levied and serious cases can lead to imprisonment for up to 10 years. In addition to the penalties, claims can be made under the Proceeds of Crime Act in order to recover any benefit derived by farmers if workers have been underpaid. The principal claim would be against the labour provider.

“You really need to do your due diligence before taking on any agency labour – check on the GLA website that the agency has a licence before accepting a worker. And if you do find yourself in alleged breach of permit, don’t admit anything until you’ve taken professional advice, because your original explanation may be central to your case.”

Often, farm workers are provided with accommodation, but care should be taken not to create security of tenure, warns Mrs Gardner. For example, a farmer might provide a cottage to a worker they consider to be self-employed, and deduct the rent from his earnings.

But if at a later stage they seek to end the contract, and HMRC or an employment tribunal determines the person was actually employed, the farmer may be liable to pay redundancy pay, unfair dismissal compensation, and unlawful deduction of wages (under the Agricultural Wages Order employers may only deduct £1.50 a week from the worker’s minimum wage for accommodation). The worker may also be entitled to security of tenure on the cottage for life if they are found to be employed as an agricultural worker.