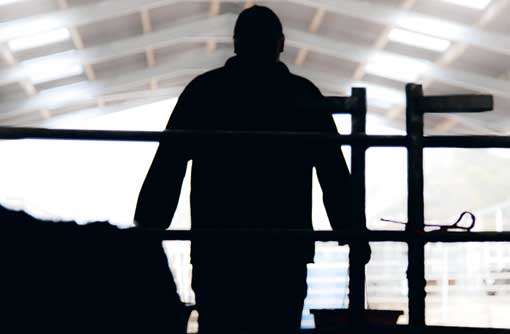 After debate, consultation, rumours and finally legislation, the Agricultural Wages Board for England and Wales will be abolished later this year, although the National Assembly for Wales is introducing a bill next week seeking to preserve the current regime. Joanne Wright of solicitor Andrew Jackson answers some key questions for farm employers and their workers

Since 1948 the AWB has governed some of the key terms of employment in agriculture and horticulture, offering more generous terms and conditions for its workers to those found in some other industries.

Its abolition means employers will have to become more involved in agreeing terms and conditions. Pay, holiday entitlement, working time and sick pay are some of the key areas affected.

1. What will happen to existing workers?

Current contracts subject to the Agricultural Wages Order (AWO) will continue to apply unless the employer seeks to renegotiate terms of existing contracts.

2 Can an employer vary current terms and conditions to the detriment of the worker?

Any worker employed before 1 October 2013 will continue with the same terms and conditions they currently have. Employers should not vary fundamental terms of contracts without seeking agreement of the worker or carrying out a consultation procedure.

Should an employer make changes without consulting or seeking the worker’s agreement, this may entitle the worker to bring claims against the employer in an employment tribunal.

3 How should employers approach change in order to maintain good relations and stay within the law?

To save the upheaval of changing contracts to less favourable terms and conditions, employers may simply choose to retain current terms and even post-abolition, continue to use and apply the principles set out in the AWO for existing staff and possibly extend the same terms to new starters. This could help avoid the risk of creating a two-tier system. However, this will not remove the challenge of dealing with pay rate changes and changes to other terms and conditions in future.

Alternatively, an employer may look at changing terms and conditions for existing workers. For example, if holiday entitlement is to be reduced to the statutory 28 days for full-time workers (pro-rata for part-time workers), this cannot be presented as a fait accompli.

A fair and reasonable procedure should be adopted. The procedure to follow depends on the wording of the current contract, if any, or will involve carrying out a consultation process. The extent of this depends on the number of employees involved and the level of risk the employer is willing to take regarding employee relations, time, stress and cost.

4 What are the obvious pitfalls of change?

These claims can be costly in terms of time, stress and general employment relations as well as financial costs including legal fees and compensation (sometimes unlimited) being available to employees in some cases.

5 Will the abolition of AWB/AWO change working time rules for farm workers?

Under the AWO, workers who work a 39-hour week receive the pay rate according to their grade (or higher). After 39 hours, they receive overtime rates. New starters from 1 October 2013 or those who have had their terms changed will not automatically be entitled to overtime pay.

In addition, unless other terms have been agreed, these latter categories will be subject to the default position regarding holidays of 28 days a year, which can include bank and public holidays for full-time workers.

6 Will employers using AWO rates now have to undertake pay negotiations rather than relying on paying the annual AWO increase? If so, how should they approach this?

Employers will not necessarily have to enter into pay negotiations straight away.

Without the annual increase, some employers may choose to leave wages where they are as many workers are paid more than the National Minimum Wage. NMW will only affect Grade 1 workers (those over the age of 21) in the first instance as the new rates, which come into force on 1 October 2013 will be in excess of the current AWO rate of £6.21/hour.

There are various rates of NMW depending on age (see table). There is no statutory obligation to review wages, as long as NMW is met, but some employers will want to review wages to reward performance. It is important that an employer does not unlawfully discriminate between individuals when choosing who receives an increase.

7 If an employer wants to change terms and conditions of employment and agreement is not achieved, what should they do?

Not all changes to employment terms will affect the contract and many changes will be uncontroversial; for example, a pay increase, introducing an overtime rate and decreasing the amount of notice a worker has to give if current requirements exceed the statutory minimum.

Other changes such as reducing pay, increasing hours of work, decreasing holiday entitlement and stopping contractual sick pay should be negotiated.

Check existing contract terms to see if they allow for a variation. But note, any ambiguity will be construed against the employer and any broad variation clauses will be given a restrictive interpretation.

If the contract does not allow a change, possible options available to the employer are:

• Offer a financial incentive to buy express agreement to new terms (either from the worker or through a binding collective agreement) such as a lump sum in return for giving up certain rights or agreeing to a reduction in pay.

• Unilaterally impose change and use the fact that the worker continues working to establish implied agreement to new terms.

The last three points are potentially very risky and could result in unfair dismissal claims so should not be undertaken unless consultation has first been exhausted and there are sound business reasons for the change. Legal advice should be taken before taking any of these draconian steps.

8 What do legal advisers expect employers to find most difficult following abolition of AWB/AWO?

Employers will have to keep up with frequent employment law changes and have more contact with workers regarding their terms, instead of relying on automatic increases.

Many statutory rights depend on an individual’s status. A “worker” has limited rights compared to an “employee”. Employers will have to have a basic understanding of status to know the rights and entitlements of their workforce.

9 Does the current AWO apply to new starters?

Yes. Any worker who commences employment before 1 October 2013 will have their terms and conditions governed by the AWO.

10 After the AWO ends, what terms and conditions of employment should employers apply to new starters?

From 1 October 2013, the default position for new starters will be the statutory minimum provisions such as NMW, 28 days’ holiday for full-time workers and statutory sick pay.