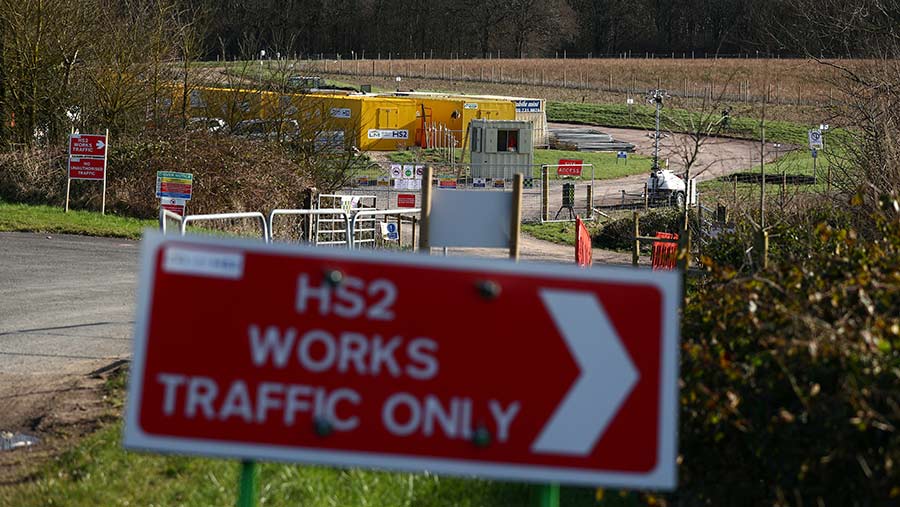 Landowners and tenants along the eastern leg of the HS2 project and new areas earmarked for rail development continue to live with uncertainty after this week’s announcements by Secretary of State for Transport Grant Shapps.

Most of the eastern section will not now go ahead as planned. Instead it will stop at East Midlands Parkway rather than running to Leeds and the line is to be upgraded so that HS2 trains can travel as far as Sheffield.

HS2 was originally meant to connect London with Birmingham, Manchester and Leeds and while work has started to link London and the West Midlands, the leg from East Midland Parkway to Leeds will now not go ahead.

See also: How landowners will be affected if HS2 is abandoned

There will be no new fast line between Leeds and Manchester, via Bradford. There will be upgrades to existing lines here too, under the new Integrated Rail Plan (IRP) announced on Thursday (18 November).

Rebecca Collins, technical and policy advisor at the Central Association of Agricultural Valuers, said that the situation had not changed for many landowners along the original proposed route for the eastern leg of HS2.

“To sum up, those along the route continue to live under the shadow of this project in terms of its design and the timescales,” she said.

Safeguarding is still in place for this land, which essentially blights it for any development, as it may become subject to compulsory purchase.

The IRP also brings in new rail developments to and around Manchester and the associated programmes of work would bring further uncertainty, said Ms Collins.

It was important that those affected engage with the new proposals, even where the project might seem remote, as designs can be influenced.