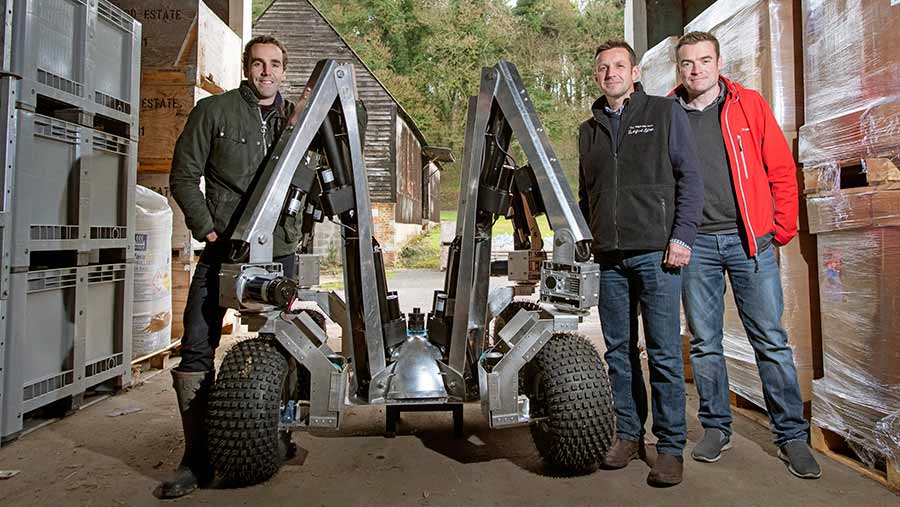 Farmers are pouring hundreds of thousands of pounds into a UK-based agri-tech start-up looking to replace big tractors with small robots.

The Portsmouth-based Small Robot Company has secured £1m through an online crowdfunding campaign, which attracted more than 1,000 investors.

It smashed its original funding target of £500,000 within minutes of its launch in mid-December, with the company saying that much of its success in raising money has been because of strong support from hundreds of farmers.

It estimates that at least two-thirds of the initial £500,000 was raised from the farming community, with the largest single investment it has had to date –£60,000 – coming from a farmer.

It had previously received £300,000 in initial seed funding from farmers, including £90,000 raised through pre-sales to members of its farm advisory group.

This group is made up of 20 farmers who are working with the business to develop the technology through hosting field trials for the robot prototypes.

They have each paid a £5,000 deposit, which will become £10,000 of credit for Small Robot Company services when it launches commercially.

Their support comes despite the company being less than two years old and its robots – Tom, Dick and Harry – still being at prototype stage.

The Small Robot Company vision is to replace tractors with lightweight farmbots, in a bid to make farming more profitable, more efficient and more environmentally friendly.

Farmers who have invested in the company say they see it as a game changer in terms of reducing the need for expensive plant protection products, artificial fertilisers and costly cultivations.

The company’s goal is the development of a service that drills, monitors, weeds and sprays crops autonomously by robots. These will treat each plant individually, allowing much more precise use of inputs. 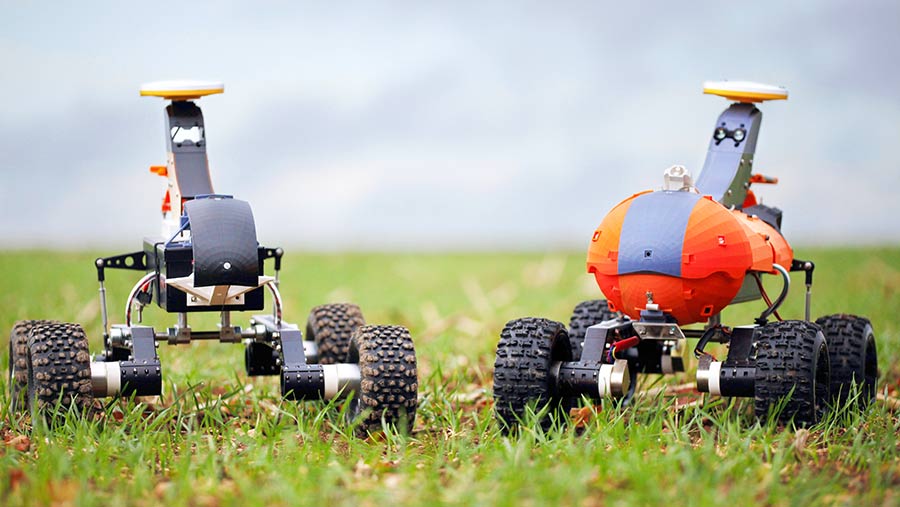 Farmers will pay to use the robots’ services on a per-hectare subscription basis.

The company suggests the technology has the potential to increase farmer revenues by up to 40% and reduce costs by as much as 60%.

Sam Watson Jones, co-founder of the company and a fourth-generation Shropshire farmer, said the level of support from farmers had been amazing.

“Farmers, particularly younger farmers, know that something needs to change,” he said.

“They’ve been looking for something to answer this [challenge], so our timing has been very good.

“They feel they need to do something different and this is the best option they have seen and it resonates with them.”

Mr Watson Jones said farmers liked the fact that their needs were at the heart of the company’s thinking.

“Everything we have done, from the business model to the technology, has started on the farm.”

Supporters include the John Lewis Partnership, which has just signed up to a three-year trial of the robots on the company’s farm at Leckford, Hampshire.

Andrew Hoad, partner and head of the Leckford estate, said the new technology could be revolutionary for British farming.

“We want to be at the forefront of this, and ensure we leave our soils and environment in great shape for future generations,” he said.

Suffolk farmer Tom Jewers  said it was the first time he had invested in such a venture, but was excited to be part of something that could prove to be a game-changer.

“They haven’t got to invent a lot, most of the technology is already available – it is just a matter of application,” he said.

“It sparked my interest in that this wasn’t something we are looking at in 15 years’ time, it is something that we could potentially see on farms in two years.”

Large-scale commercial trials are expected to start in 2021, with a view to the service being fully available in 2022.

A company that believes indoor farms will be the solution to feeding a growing population in a more environmentally sustainable way has been awarded £1m in private and public funding to develop its ‘farms of the future’.

LettUs Grow has secured investment to build indoor growing facilities that will use advanced aeroponic technology to cultivate leafy greens, salads and herbs.

In aeroponics, instead of using soil, plant roots are suspended in a nutrient-dense mist.

LettUs Grow says the environmental impact of delivering food from farm to fork can be reduced by siting farms closer to consumers, adding that it does not use pesticides or herbicides within its system.