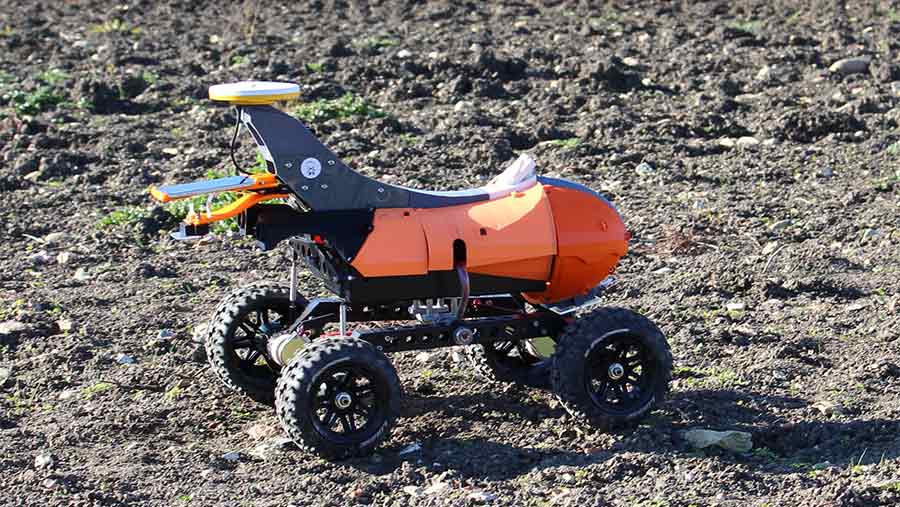 During the next few years, farming will change beyond all recognition, with robots replacing huge tractors, that’s the view of the Small Robot Company, a small start-up that has built its first prototype robot – Tom.

Tom is part of a family of robots designed to operate at a more precise plan-by-plant basis, rather than the broad acre farming currently seen today, helping to minimise the effect we have on the soil.

“At the moment, we are thinking too incrementally, we need to be looking at a broader picture, stripping it back to how best to get the seed in the ground and look after it,” says Sam Watson-Jones, Small Robot co-founder and fourth-generation farmer.

Tom is the first robot, travelling over fields snapping photos at around three images a second from the Android phone mounted on the rear, although frequency can be varied depending on requirements.

He has been built at a cost of around £4,000 from parts sourced from the internet, 3D-printed parts and a chassis bought from a company in Kansas, USA.

The bright orange bot is no bigger than your average cocker spaniel.

It uses an off-the-shelf Trimble GPS dome to provide an RTK signal, but instead of needing bundles of hardware like a tractor, it runs from a Trimble app which processes the data to provide 2cm accuracy.

There’s also a laser range finder on the front to detect and negotiate objects. 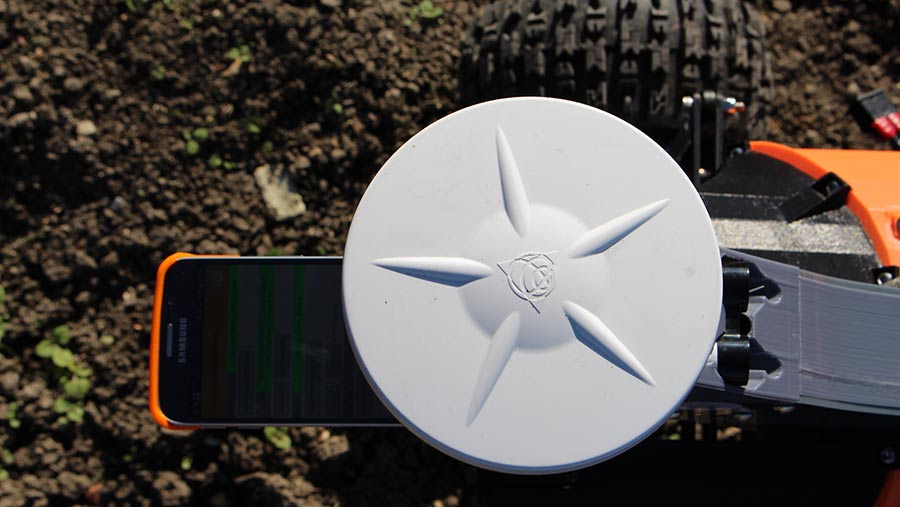 Small wheel encoders along with a compass in the nose, let the user know which way Tom is facing.

He runs on pre-programmed paths up and down the field, turning autonomously, and the data gathered is then uploaded to the Artificial Intelligence computer – Wilma – which has recently learnt to distinguish between wheat and grass weeds.

Power comes from LiFe batteries, which are top-end hobby units, although other sources are being looked at and diesel hasn’t been ruled out.

Runtime is currently several hours from a charge, so there will be a charging/data off-load point needed at the field side and multiple units to survey large farms.

The phone is mounted on the back of the robot and is able to provide a Wi-Fi hotspot and a 4G signal.

The images are currently displayed from a Google Maps interface in a line of photos across fields, but we’re told this is yet to be refined.

The vision for the company is to have many of these data-gathering robots, each able to cover around 250ha in any two-week period.

Once processed by the AI computer, farmers will be able to see where deficiencies are in crops; there are outbreaks of disease; or bare paths have formed.

Other future members of the family include Dick –  the weeding and spraying robot, and Harry – the drilling bot.

We could see data-gathering Toms on farm as soon as 12 months, while the others are more like three years down the line.