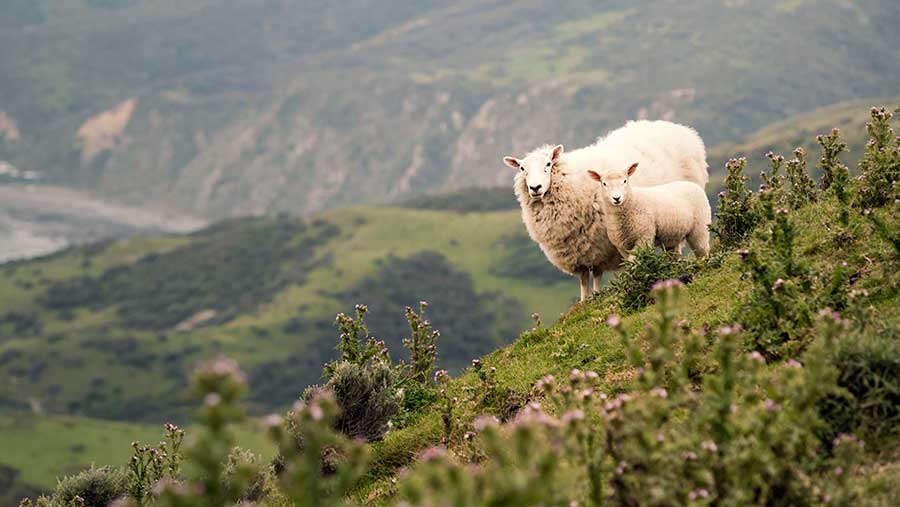 The fall in imported New Zealand lamb volumes in 2017 has been welcomed by British producers, but indicators show levels will likely rebound next year.

These numbers, combined with a strong New Zealand dollar versus the pound to reduce imports to the UK.

Data from the EU Commission showed that between January and early July, New Zealand only utilised 41% of its 228,254t EU lamb export quota, despite the first half of the year being New Zealand’s seasonal peak and when EU demand is highest.

The latest report from the Ministry for Primary Industries in New Zealand (equivalent to Defra in the UK), suggested that slaughtering and production were well down in the year ended June 2017, compared with the previous year.

The export situation has been compounded by the weakness of sterling following last June’s vote to leave the EU, making returns for exporters to the UK far less attractive.

Partly in response to the weak pound, New Zealand increased its lamb shipments to China, shipping 6,000t more in the first five months of 2017 compared with the same period the previous year – despite its total exports globally falling.

Higher UK production has helped to satisfy domestic demand in the wake of lower New Zealand imports, as a result of an unusually higher number of old season lambs carried into 2017.

However, the UK levy board predicts that 2018 will see a return to a more regular production pattern in the UK and New Zealand, which will result in imports and exports returning to more traditional levels.

This return will be facilitated by the slowing of the rate of flock decline in New Zealand in the 2017-18 season, alongside lambing percentages increasing over the next five years and carcass weights continuing their increase, predicts the Ministry of Primary Industries.