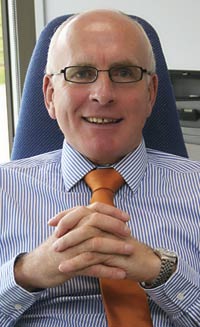 John Bowler has single-handedly attracted many new producers into egg production, but is this set to continue? He speaks exclusively to Poultry World

Few, if any people in the egg sector haven’t heard of John Bowler. He is the outspoken founder and chairman of the John Bowler Group which, in the space of 30 years, has become the UK’s largest independent free range and organic egg producer.

Its 120 producers today manage nearly 2m birds producing 1.5m eggs each day. But despite being a leading player in the successful growth of the UK free-range sector, he believes that his company still doesn’t get the recognition it deserves.

In fact, his franchise system has been responsible for creating numerous new free-range egg producers, many of which have come from other farming sectors, or outside farming altogether. It is this new generation of producer which will drive the industry forward over the coming decade.

However, the sector faces several challenges such as the predicted market distortion caused by the 2012 cage ban and growing costs of legislation. With this backdrop, Mr Bowler talks exclusively to Poultry World about the company and his aspirations.

Q Who owns the company. Is it privately owned and where are you based?

John Bowler’s Eggs is part of the John Bowler Group, which is my own private company. We have always been based in south Derbyshire and last year we moved to new purpose-built headquarters at one of our farms in Hilton.

The company had outgrown its original offices in Etwall, so we converted a steel storage barn into a two-storey office building, which has also given us plenty of room for further expansion.

Q Where did it all begin?

I started out as a feed merchant and transport company before starting the free-range egg business on our own farm. We will be celebrating 30 years in business next year.

We had a steep but valuable learning curve. The production system currently in place on all our producers’ units is based on years of experience on our own farms trying out different management methods and equipment. I’m proud of the system we’ve developed – we have now seen it deliver high production and profit levels, flock after flock – and we are continually trying to improve it.

Q How many producers do you have and who do you supply?

We now have 136 producers, including three company partnership farms. All the eggs we produce are free range or organic and are produced under the Lion Quality Code and Freedom Food badges.

Our eggs are supplied through Noble and Stonegate to the main supermarkets and 25% of our producers are contracted under Sainsbury’s Woodland Egg scheme.

Q Are you still expanding and recruiting new producers?

Yes, we hold a monthly open day for people considering entering free-range egg production which remains popular. The aim is to answer as many questions as possible to help them reach an informed decision about whether it is a suitable move for them.

In some areas, such as Wales and East Anglia, small clusters of our producers have developed where people have observed a neighbour’s business working well and decided to investigate the opportunities for themselves.

Q How do you see the prospects of the UK sector?

Prospects are very good for free range. In a way, I’m staggered at just how well demand for free-range eggs has kept growing, but the market is set for continued growth.

Consumer attitudes are more sensitive towards animal welfare than ever and, together with the impact of egg marketing campaigns and branding of eggs as a healthy food, these values have become firmly entrenched with the public.

Supply and demand will always fluctuate, of course, and so will producer margins, but the free-range sector has a healthy long-term record, which encourages further investment in production and new entrants to the sector.

Relationships throughout the egg supply chain are well-developed, which helps maintain fair pricing structures for all parties. The recent feed price hike was matched promptly by an increased egg price and, likewise, as feed prices fall the egg price changes accordingly.

Q By how far do you see the free-range sector growing?

A The limiting factor for growth in the free range sector is the amount of new recruits entering the industry. I believe that current levels of demand could create growth of up to 55%, but this could be curtailed by supply to a lesser degree.

Q The organic sector is going through a challenging period, so do you see any future for organics?

The recession has hit the organic sector badly. However, I have no doubt that organic will continue to exist and start to grow very slowly, particularly as I am led to believe one in three people now suffer from some form of cancer and many attribute this to the chemicals that can be found in conventionally produced food.

Q Is the cage ban likely to have any impact on your business by distorting the market?

A The cage ban has already had an impact on the free-range sector. As cage producers switch to enriched cages, there are fewer hens stocked in the same house, therefore fewer battery eggs produced. Other cage producers have decided not to restock so, again, this reduces available cage egg numbers which does have an impact on free range.

Q Have you seen any rise in interest in setting up poultry farms driven by the falling cost of borrowing?

We have maintained a steady flow of interest from potential producers and new producers are finding capital repayments much easier.

Agriculture is one of the few sectors looked on positively by the banks at the moment and, in the free-range sector specifically, we are finding banks are favouring Bowler’s producers over independent producers.

Banks know Bowler’s producers have a proven track record based on detailed business planning, and we have a good reputation for not wasting their time. Knowing that a producer is entering a franchise with us takes some of the risk out of lending.

Q Do you believe your unique franchise system is the reason behind your success and is this the model that other farming sectors should follow to attract new entrants?

The franchise contract offers producers long-term security and comprehensive technical and business support, whether it is building design, feed rations, pullet management or price negotiation. Our producers draw on the experience and proven practices of other Bowler’s producers, which means they can be successful right from the first flock. We are simply replicating a successful formula built through 30 years’ experience.

Yes, I believe that all agricultural sectors, not just eggs, should follow this model. It is important to be united as a sector, which can be difficult to achieve as many producers do prefer to work on their own. Small individuals can easily become prey with the potential to bring down the whole market.

Q These long-term contracts have, however, sometimes attracted criticism. Why do you believe this is the case?

I think critics perceive the long-term contracts to be trapping producers in for our own benefit, but they rarely consider that the contract works both ways. The 56-month rolling contract guarantees first-time producers a market for a minimum of their first four flocks, whatever the market conditions.

It offers long-term security for producers, given that many are taking on full borrowings to set up their free-range unit.

The whole point is to achieve mutual benefit. There is no point doing business, and indeed few business relationships are likely to last in the long-term, unless all parties truly gain. About 80-90% of our producers to date have expanded beyond their first unit – that’s evidence that they are left with a positive flavour and want to do more business with us.

Q Do you have any plans or aspirations to establish your own packing plant?

We currently do have planning permission for a packing station of our own and I have two members of staff investigating the possibilities, but as things stand at the moment, I am quite happy with the relationship between Bowlers and the company that buys and packs our eggs.

Q Where do you see your company in 10 years’ time?