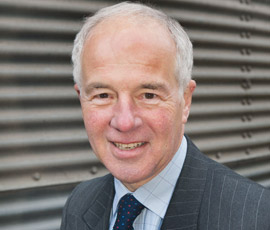 Former Tory MP Michael Jack has held senior posts at the heart of Westminster but now, while juggling other roles, he helps the HSBC bank form its agricultural policy.

Tell us about your current role at HSBC?

My role at HSBC is agriculture and food adviser. I assist the bank in putting a slightly wider context into the development of their approach towards agriculture and food. I use my experience in politics and commercial business to become a source of information to the customer.

Do you miss the cut and thrust of Westminster?

No. I decided in 2008 to stop being an MP, two years before the 2010 election. I was lucky enough to have six-and-a-half years in government. Of those, I had four ministerial appointments, including one in the Ministry for Agriculture, Fisheries and Food and another in the Treasury.

What’s your impression of the image of banks in farmers’ eyes?

Farming businesses in the top echelons understand that banks are an important, integral part of the business. Just as water, seed, soil and fertiliser are crucial elements in producing a crop, finance is another vital ingredient.

Farming businesses have got to have their working capital and their investment capital. The well-run farm already recognises that and therefore having a relationship with the bank and the local manager, and/or Allan – if the deal is big enough – is a crucial ingredient as with any business. The best farmers are business and market savvy.

Fundamentally, if you have got a sound, organised, financially aware and astute business, there’s a good chance you’ll get treated positively.

In the Hot Seat: Michael Jack