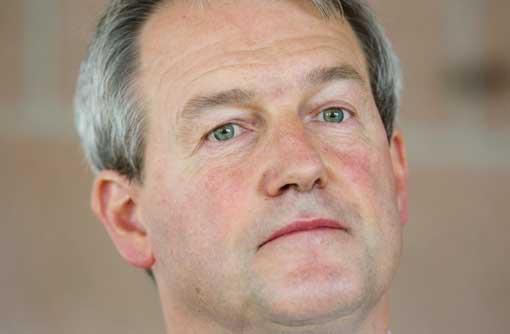 If a good compromise leaves everyone unhappy, then DEFRA secretary Owen Paterson has certainly struck gold with CAP reform.

Frustration among farm leaders will take years to subside. Finally thrashed out in Brussels after almost two years of painstaking negotiation, the CAP agreement does nothing to encourage a level playing field between farmers in the UK and the rest of Europe, says the NFU.

Environmentalists too are angry. Conservation groups from the RSPB to the Wildlife Trusts describe the agreement as a “lost opportunity” to benefit the environment – despite the insistence of EU farm commissioner Dacian Ciolos that the CAP is now greener.

True, farmers will have to undertake more environmental measures in return for subsidies (see p26). But the deal is so flexible that individual member states are free to decide how it will be implemented. Farm unions and environmental groups both fear they will be big losers.

With a deal now sealed in Europe, farm lobbyists and pressure groups in England have turned their attention from Brussels to Westminster. It’s a similar situation in Scotland, Wales and Northern Ireland. No-one wants to lose out under CAP reform.

The biggest fear is that the UK will go faster and further than the rest of Europe when it comes to limiting the money paid to farmers. That is especially true in England, where farmers are first in the firing line.

Mr Paterson insists the “simple” way he will implement reform will avoid a repeat of the fiasco which saw the UK fined €590 million in “disallowance” fines by Brussels following the last CAP agreement brokered by Labour DEFRA secretary Margaret Beckett in 2006.

Farmers will take some convincing. They don’t trust DEFRA and they don’t trust Mr Paterson – describing him as a man with a “gung-ho” attitude whose legacy to UK agriculture threatens to be “worse than Beckett”.

Mr Paterson has already signalled his intention to trouser 15% of direct farm payments in England and use it to fund rural development measures. At the same time, countries such as France are expected to transfer a similar percentage in the opposite direction.

This will increase the gulf in payments to farmers in different countries at precisely the time that EU policy is meant to be closing the gap.

It will leave English farmers at a competitive disadvantage – not only to their continental cousins, but also to farmers in the rest of the UK.

“The government is set upon a road which will penalise English farmers,” says NFU president Peter Kendall.”Why would any government want to make it harder for its country to produce its own food while governments in the rest of Europe are doing the reverse?”

There are big issues within the UK too. The NFU, for example, opposes Scottish plans that will see farmers north of the border continue to receive “coupled payments” that support beef production, while farmers in other UK countries do not.

Some matters remain unresolved. A possible ceiling on support payments to individual farms is still to be decided. But if a limit is put on payments, it will have a bigger impact in the UK – where the average farm size is bigger – than in the rest of Europe.

A storm is also brewing over Mr Paterson’s intention to introduce an England-only scheme to meet EU “greening” requirements.

Under this, farmers must implement environmental measures in return for 30% of their direct payments. He says he will keep it simple. Farm leaders aren’t so sure.

Some farmers won’t be affected. Many will be. And the NFU fears a go-it-alone scheme could force English farmers to go above and beyond basic “greening” measures proposed by Brussels. At the same time, conservationists are just as concerned that the government won’t go far enough.

Arguably the most influential environmental lobby group in Europe, the RSPB, this week stepped up calls for more money to be transferred away from direct payments to encourage more farmers to “make space for nature and the environment” while producing food.

As it stands, the CAP deal is likely to be “disastrous” for wildlife and the environment, believes RSPB conservation director Martin Harper. The final agreement favours “vested interests” and threatens to result in poor use of precious public funding, he adds.

Mr Harper appears to be knocking at an open door. Senior civil servants believe environmental measures give taxpayers better value than direct payments – which they describe as money for nothing.

But farm leaders will be doing all they can to keep the door firmly shut on that idea.