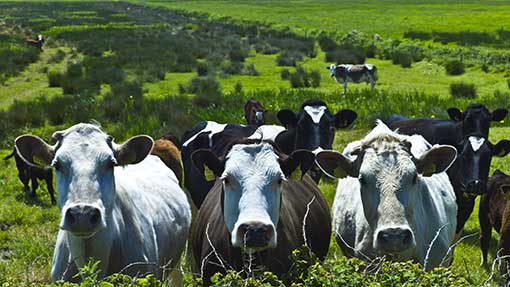 Ireland ended the milk year about 1% over quota as it ramps up production in the run-up to abolition in 2015.

Irish dairies produced 483m litres in March, taking the provisional total for the year to 5.4bn litres – 0.94% over quota.

This was less than estimates in January, when Ireland was predicted to run 1.63% over and face a €30m superlevy fine.

The recovery reflected poor weather in first quarter of the year and better milk management by farmers, the country’s department of agriculture said.

Minister Simon Coveney said farmers should watch their quota position, even as they prepare for when restrictions are lifted.

“We are now entering a momentous phase in Irish agriculture’s history,” he said. “This time next year the Irish dairy sector will be unbound by quota restrictions and can begin to realise its vast potential and make an even greater contribution to our national economy.”

Ireland is aiming to raise milk production by 50% or 2.75bn litres by 2020 as part of its Food Harvest plan.

UK dairies produced 13.76bn litres this year, the best in nine years, but well below the 15.3bn-litre quota.