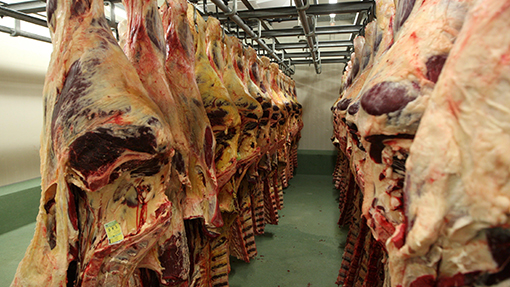 Irish farmers will stage a 24-hour protest outside meat factories around the country to highlight low beef prices.

The Irish Farmers’ Association (IFA) has called for protests to take place outside every meat processing plant in Ireland from 3pm on Monday (27 October) until Tuesday afternoon.

IFA president Eddie Downey said anger with meat factories had “boiled over”. He claimed UK farmers were receiving €1/kg (£0.79/kg) or €350 (£275) a head more for cattle than their Irish counterparts.

Mr Downey said farmers have had enough and were not prepared to tolerate loss-making prices any longer when markets were returning much higher prices.

He challenged the meat factories to explain their failure to pass back recent UK market price increases of more than €100 (£79) a head.

For the past 12 months, Mr Downey said the factories had “hammered farmers” with loss-making prices and specification cuts that had inflicted “serious income damage on producers”.

“Farmers cannot continue to sell cattle at a loss. Teagasc figures show that, on our most efficient farms, producers need a base price of at least €4/kg to make a small margin and €4.50/kg to make a return on investment and labour.”

Eddie Downey said farmers were very determined that beef prices at the factories must rise to fairly reflect the very strong increase in UK cattle prices, where Irish beef sales are up 20% this year.

The IFA president said nobody could explain to farmers why the price increases in the UK, which takes over half of Irish exports, were not reflected in higher prices to Irish farmers. He added that Irish prices were now also below the EU average.

However, Meat Industry Ireland, the body that represents the meat factories, condemned the protests as “unnecessary, misguided and counterproductive”.

It said the protests would disrupt business and damage Ireland’s export reputation, without having any impact on EU beef prices.

“Cattle prices are strengthening and the trend from the market is positive,” it added.

“While Irish cattle prices have been weaker this year (down 10-12% from the record high levels of 2013), prices across the entire EU have fallen. This is a direct result of a significant drop in EU beef consumption, which has fallen by 700,000t since 2010.

“Notwithstanding this, Irish beef production is up 20% year on year. We are selling an additional 100,000t of beef into a market where consumption has fallen dramatically. Exports in 2014 will exceed €2bn (£1.5bn) in value, repeating the record levels achieved in 2013.”

Today’s protest is expected to cause disruption to factories’ kill ahead of the spike in demand for beef during the festive season.