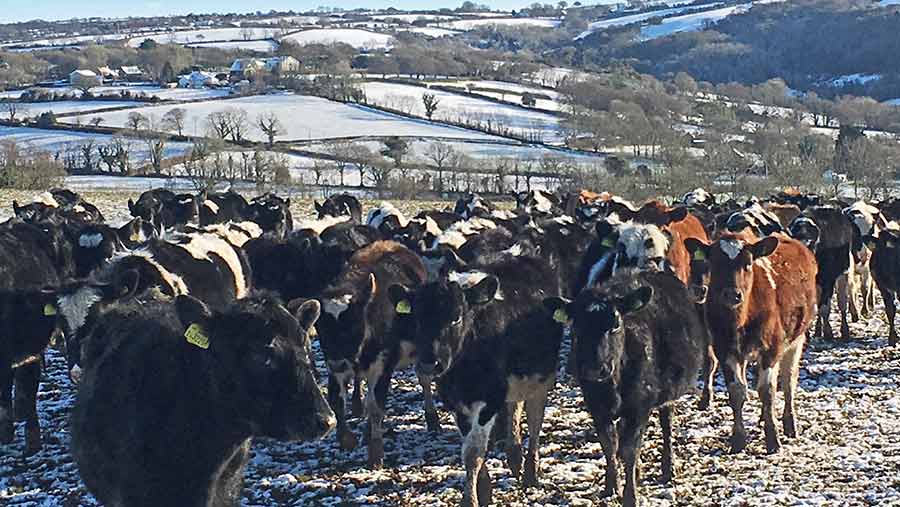 Young farmers are successfully using joint ventures in the dairy sector as a way of developing their careers while increasing their net worth.

Tony Evans, partner with consultant The Andersons Centre, says that joint ventures can offer a new entrant a way to earn more than a wage and develop their own asset base, but with lower capital requirements than setting up in their own right.

Such arrangements can also allow an older farmer to step back from the day-to-day pressures of hands-on farming while keep their trading status for tax purposes.

A joint venture can also bring new drive and know-how to a business, helping to deliver strong results.

The most important ingredients for a successful joint venture are good communication between both parties, trust and a shared vision of where the business is going.

“If the chemistry isn’t right then forget it,” says Mr Evans. “It will blow apart.”

However, getting the right business structure in place is another key consideration, with the options including:

This is perhaps the best starting point for most people entering into a joint venture into the dairy sector, according to Mr Evans.

CFAs are a proven model and allow people to avoid entering into a partnership before they are ready to take their business relationship to the next level.

Under a CFA, the farmer provides the land, housing, plant and equipment (such as milking machinery and bulk tank) and livestock. The contractor contributes their labour, know-know, management expertise, moving machinery and some of the livestock.

The farm’s income and expenses go through a separate bank account to the farmer’s existing trading account, known as the No 2 account, with the farmer being paid a first charge to reflect their return for providing the land and buildings and the contractor receiving a basic fee.

Any divisible surplus at the end of the year is split between the farmer and contractor, with the contractor usually receiving the majority.

Share milking has its roots in the Australian and New Zealand dairy industries where it is an established pathway to farm ownership. There are three common models for agreements, all of which are protected in law.

While share farming agreements are used in the UK, Mr Evans warns they can, in structure, be very close to partnerships and the lines can get blurred. They also lack the protected status of their Australian equivalents, which can also be an issue if problems arise.

“Everything is great while everyone is getting along. But sometimes, when the chips are down, disagreements can arise,” says Mr Evans.

An equity partnership is where a landowner or tenant enters into partnership with a third party combining their skills and capital in a shared entity.

However, in most cases, it is beneficial to start a joint venture as a contract farming agreement and only progress to an equity partnership once all parties are comfortable with the working relationship and in a position to commit capital into a shared business.

Taking on a tenancy remains an option for new entrants looking to establish a business in dairy farming. However, Mr Evans warns that people should be cautious about taking on a tenancy of a small acreage farm, if it requires a high level of investment which may be difficult to recoup when the tenancy ends. 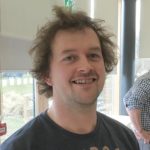 Dylan Harries and his partner Hannah Grieves secured a CFA on a farm in Pembrokeshire when they were just 24 and with £10,000 between them to invest.

Now 28, they currently milk 560 mostly cross-bred cows of which 80 are their own and they are hoping to shortly increase that share by another 120.

The aim is to build the herd to 600 milking cows and for Hannah and Dylan to own half of them. They also own all the machinery used on the farm and employ 2.5 labour units.

Dylan worked on the farm as a manager for a year before securing the CFA.

Prior to that, he worked on a 200-cow organic dairy farm, which had become a 600-cow conventional unit by the time he left after seven years. He also had a year in New Zealand.

Dylan says the CFA is a model that works for the farmer and the contractor as it can meet all of their financial and lifestyle goals.

The couple’s ambition is to be in a position to buy their own farm by the time they are 35 and retire to travel the world by 60.

“The aim is for Hannah and I to own half the herd and generate as much cash as possible to build our net worth. We’ll have sacrificed our 20s to build it up; we want to get the benefits at a later point.”

Case study: Will and Sarah Grant

Will and Sarah are now in year six of a 10-year Farm Business Tenancy on an 88ha farm in Shropshire milking 300-spring calving cows.

They have also recently taken on a second 80ha farm which they will use for rearing youngstock and for possible business expansion. 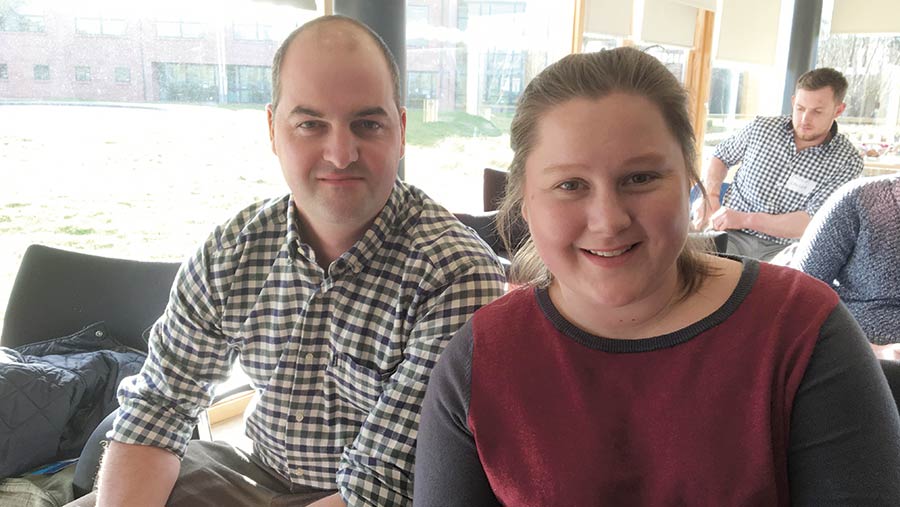 Will studied agriculture at Aberystwyth University and built up his experience on a number of dairy farms, including a unit in New Zealand.

The couple had been applying for county council farms when they were invited to tender for the tenancy of their current holding by a former employer of Will’s.

They had already been buying and selling youngstock for a number of years, which helped when they applied to the bank for finance as they could demonstrate they had a business record.

They also admit to being fortunate in that they had parents who trusted them enough to secure their first business loan against their home.

The couple say there were some tough times during the first two years, but by keeping a close eye on their financial position at all times and sticking to their mantra of “keep it simple” they have built a successful, growing business.

Will and Sarah’s tips:

Freddie Lawder admits that he “fell” into dairy farming having never even have considered it as a career option until he was 20.

His placement year during his degree studies helped to change his perceptions of the industry. After graduating, he went to New Zealand for a year where he was also struck by how the farmers treated dairy farming as a business. 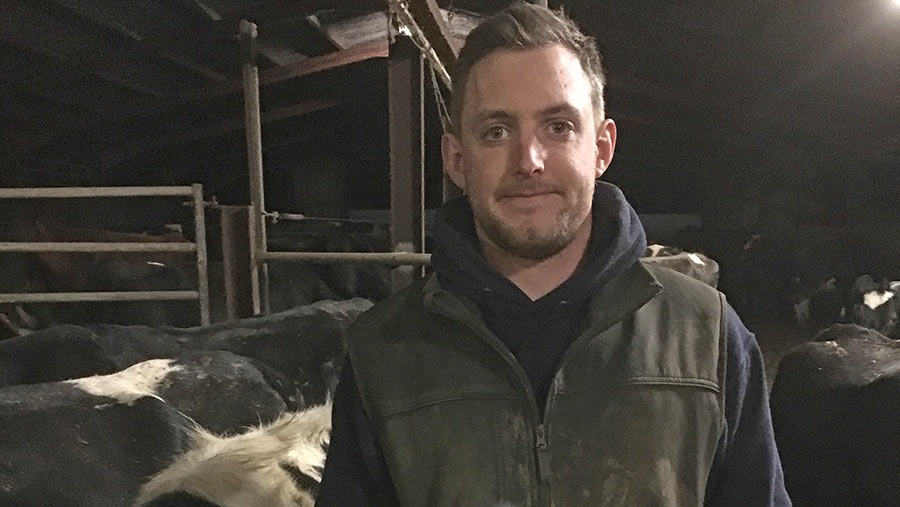 He secured a job working for a contract farmer on a farm in Hampshire on his return to the UK, starting as a herdsman and becoming herd manager after four years.

His employer encouraged him to progress, taking part in discussion groups and completing the Entrepreneurs in Dairying course.

In autumn 2016, Freddie was offered a share farming opportunity on an organic farm, which he turned down as he felt it was not right for him.

However, in September 2017 he accepted an offer to contract farm a spring block calving 300-cow herd in West Wales. He applied after being alerted to an advertisement by a friend.

For the first four months he provided solely labour, to allow the parties involved to get to know each other.

However, this turned into a full CFA on 1 January 2018 and has involved him investing £25,000 of savings into machinery.

The short-term plan is to learn the business, make money and work hard. His longer-term goal is to increase his capital by ploughing any profits he makes back into cows.

Adam Bowley and two associates operate a business called ARC Farming which has a CFA on a dairy unit which they helped to create in Herefordshire.

The three men approached the owners of the farm in 2009 to see if they would be interested in investing in the necessary infrastructure to create a dairy farm from the existing beef, sheep and arable business. 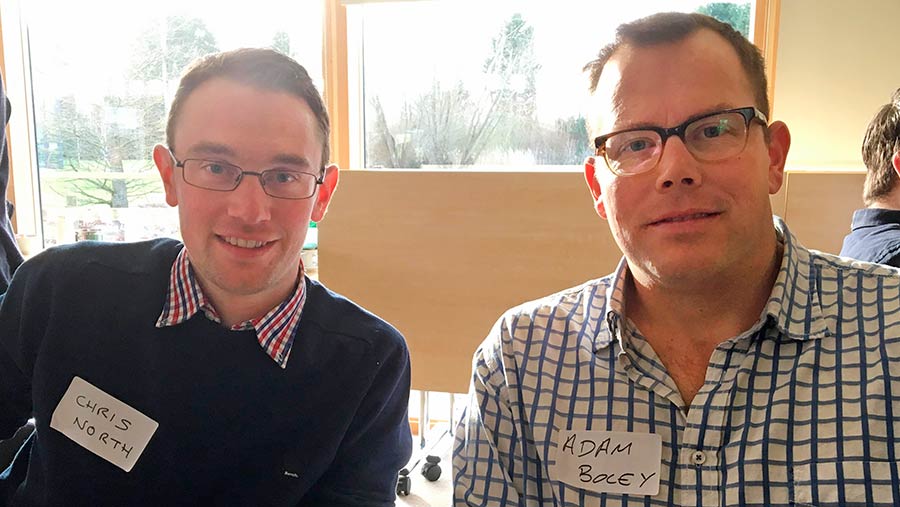 As part of their side of the agreement, they provide the cows, machinery, management and labour.

The farm runs now 600 cows which calve from February to April and are dried off in December, so they can be overwintered out on grass and bales.

It’s a low-stress, profit-focused system which has proved a successful strategy as all debts have been paid off after just eight years.

Chris North joined ARC Farming in 2011 as a herd manager. The business has encouraged him to develop his skills and agreed to look for a new farm for him to run to enable him to progress.

They are still setting up the exact terms of how Chris will make the transaction from employee to business partner, but one possibility is for him to become the contractor for the new farm, buying into becoming a director of ARC Farming in 2020 when he has built enough equity.

The case studies all featured at an Entrepreneurs in Dairying (EiD) meeting held at NFU HQ in Stoneleigh, Warwickshire, on 16 February. EiD is a business training programme for aspiring dairy producers organised by the Royal Association of British Dairy Farmers, in collaboration with The Andersons Centre, AHDB Dairy and the NFU.