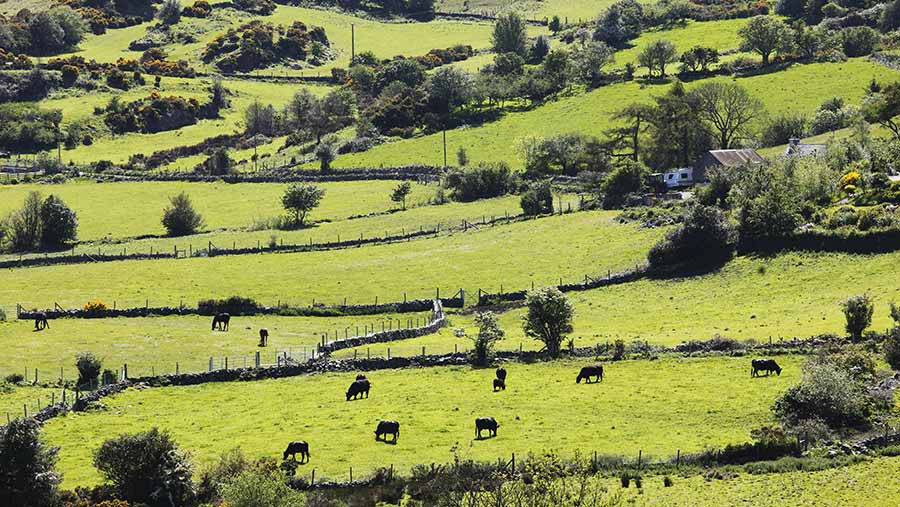 Farm incomes in Northern Ireland (NI) rose by 27% during 2020-21, bucking the downturn seen elsewhere in the UK, according to the Department of Agriculture, Environment and Rural Affairs.

The improved average is a result of the strong livestock and dairy bias in Northern Ireland compared with other UK regions where overall averages were dragged down by declines in arable output.

As in England, NI arable growers had a relatively poor year.

Farm business income (FBI) in essence is net profit, representing the financial return on all unpaid labour (farmers and spouses, non-principal partners, and their spouses and family workers), and on all their capital invested in the farm business, including land and buildings.

Despite higher-than-average prices, incomes suffered as yields were hit by poor drilling conditions in the autumn of 2019 and the following dry spring.

In contrast, lowland cattle and sheep producers saw the biggest improvement, albeit from a low base. Incomes on lowland livestock units increased by 37% from £11,869 to £16,227 in the 12-month period to February.

The upward movement was driven by higher prices for home-produced red meat amid low supply levels later in the 12-month period.

The highest incomes were seen on pig farms with an average of £72,324 – up 21% from £59,728 in 2019-20. But overall figures for pig farms masked a year of split fortunes, with prices on a five-year high up to the summer followed by a sharp decline from September onwards.

Likewise, an overall rise of 23% in dairy income figures to £63,846 fails to reflect a challenging year for the sector and differing trade influences.

Farmers in Northern Ireland were shielded from the loss of the foodservice sector in the early phases of the coronavirus restrictions, Mr McCluggage said. This was due to a higher proportion supplying the retail sector, which saw demand surge, and again because of cross-border trade.

“More than 800m litres of liquid milk is shipped across the border and this demand helped to stave off some of the effects of Covid-19 seen by farmers in England, in the first Covid-19 lockdown,” he said.

These provisional figures will be updated next month in the Farm Incomes in Northern Ireland 2019-20 report after further analysis.