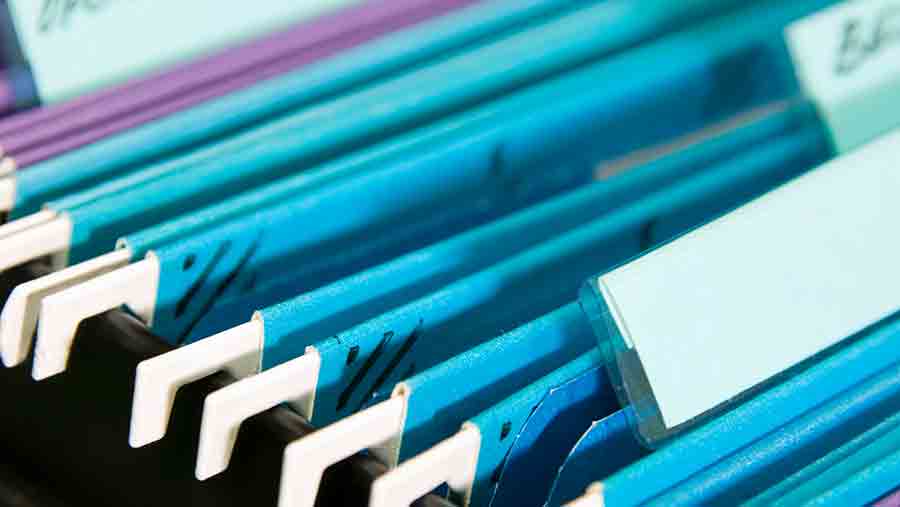 Farmers must make time to work out who holds their vital land ownership documents, lawyers have warned.

Farm deeds are often held by banks as security on loans or looked after by professionals.

Sometimes, farmers ask for deeds to be returned and the holder says they do not have them.

Rachel McKillop-Wilkin, Birketts’ legal director of agriculture and estates, said this is a common problem, when farmers have an old mortgage against some land, long paid off, and then want to do a sale or first registration with the Land Registry.

“It is a legacy of banks, when they had more branches,” Mrs McKillop-Wilkin said.“[Records] have been centralised and sent off to a security centre.”

If the bank claims the records are not there, the farmer should build up a “forensic trail” of who has had the document and when, Mrs McKillop-Wilkin added. It is rare the records are completely lost, so keep asking.

In the worst case, another gathering exercise will have to be conducted, building up evidence of when the land was bought and when it was charged.

Then that information can be presented to the Land Registry, which will be able to grant a possessory title.

After 12 years, if the ownership is unchallenged, the land registry will update that to absolute title.

In the interim, a third party can argue they have a better claim, which might impact on the valuation of the land or the right to sell. Farmers might consider taking out indemnity insurance, to provide them with a fighting fund, Mrs McKillop-Wilkin said.

In 2012, John Haywood went into his local bank and asked for the deeds to his Shropshire farm.

The bank had held the deeds since the 1960s, when John’s father took out a mortgage with Midland Bank, since bought by HSBC.

With the debt long paid off, Mr Haywood, who runs sheep and grows cereals and potatoes on 526ha, wanted to bring those deeds together with the others, kept in his lawyer’s vault.

With his son in the business, he wanted the documents to hand, in case of any eventualities.

After a year, the bank had produced only a photocopy, so Mr Haywood asked his lawyer, Justin Parker of mfg Solicitors in Kidderminster, to help.

More exchanges followed until the bank, in 2015, sent the original title deeds to Mr Haywood’s solicitor after he requested everything it [HSBC] held for the client be sent to him.

Mr Haywood tried to sue HSBC, for the wasted time and money. A court date was set for 15 June this year, but the bank settled a week before.

Following the multi-year struggle, Mr Haywood says his deeds may not have turned up, without committed legal support and determination that he was right.

“If I had not got a lawyer involved I am not sure I would have ever got them back,” he says. “Five years is a long time to fight over something. I never gave up. I was convinced they had got them. But it has taken a long time.”

Farmers Weekly contacted HSBC but a spokesman said it had no comment on the particular case.