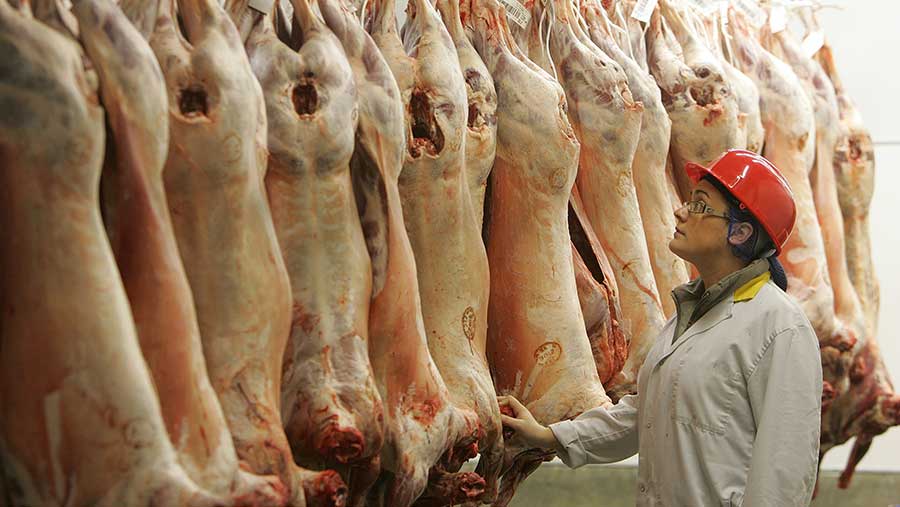 UK lamb exports to Saudi Arabia could resume next month after the lifting of a ban this week.

The trade is estimated to be worth £25m over the next five years and is the result of negotiations and inspections – carried out by Defra, AHDB, FSA, UKECP, Daera and Apha.

The AHDB said this had to be done before the ban was lifted to ensure robust and well enforced controls are in place for meat to be produced safely and humanely.

All that remains for exports to begin is the certification to be finalised and released.

AHDB international market development director Phil Hadley said: “This is great news for the sheep industry and for lamb processors and producers in the UK who are keen to look at new, non-EU markets.

“The announcement is the result of ongoing and detailed work between all parties and is a testament to the high regard and quality of UK lamb.”

The announcement is particularly positive news for processors in Wales, who have been looking to make Saudi Arabia a priority market for Welsh lamb.

Last year, Hybu Cig Cymru/Meat Promotion Wales (HCC) and processors took part in a Welsh government trade mission to Saudi Arabia, as well as ensuring that interested processors have necessary certification to export to the country.

HCC’s market development executive, Rhys Llywelyn, said: “This market offers a huge opportunity for us.  With Brexit on the horizon, exploring market beyond the EU is more important than ever.”