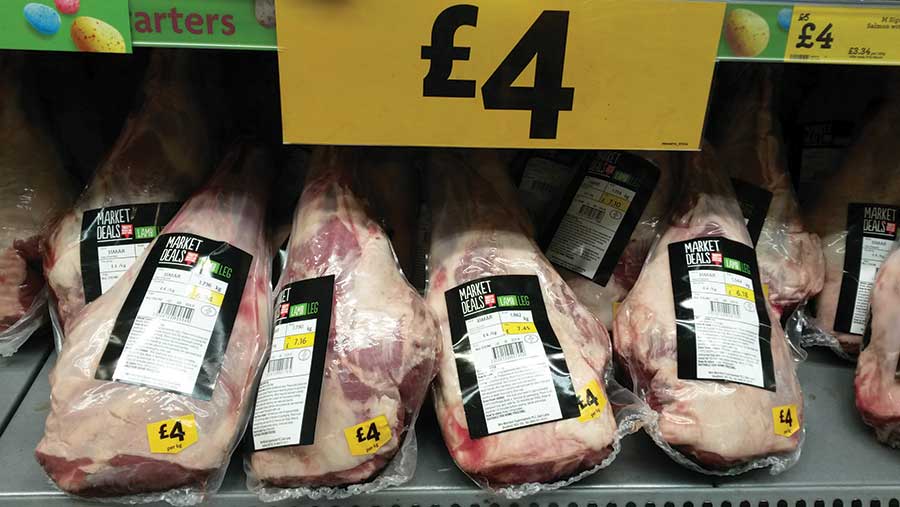 Retailers’ promotion of New Zealand and UK lamb has come under scrutiny ahead of the Easter weekend.

Earlier in the week, the NFU’s chief livestock adviser, John Royle, criticised Morrisons for its heavy promotion of New Zealand lamb legs and praised Aldi for stocking 100% British lamb in its fresh lines.

A spokesperson from Morrisons said all of its other lamb lines – of which there are 24 – were British over Easter.

The proportion of British lamb across supermarket shelves dropped 8% in January compared with the same month last year, according to AHDB’s Lamb Watch released this week.

Tesco saw a 24% fall in British lamb facings – the biggest among the Big Four (Tesco, Sainsburys, Asda and Morrisons), while lamb facings at Lidl were down a huge 40% in January.

The Farmers Weekly business team went into stores this week to see how the UK and New Zealand lamb offerings were shaping up.

(Farmers Weekly was unable to do a spot-check, but spoke to spokesperson at the supermarket)