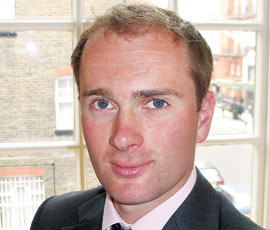 Strutt & Parker’s Charlie Evans dissects the land market in the South East of England, and forecasts the market for 2012

There have been slim pickings for buyers of farms and estates in the South-East of England in 2011. Twenty farms were launched onto the market, nine fewer than in 2010. More than half of these were in Sussex.

In stark contrast to most of the country, lifestyle buyers dominated the market and bought more than 70% of farms available.

• Accessibility to London and airports is key for residential farms

• Buyers will become more discerning, blights such as pylons or footpaths are becoming more of an issue

• CAP reform will not have an effect on the market

• Number of viticulture buyers to increase

More activity expected in 2012, with more acreage coming to market.

Any good-quality commercial arable farm – there are very few in the South-East – or a best-in-class residential farm of about 250 acres with good house and transport links.

Anything with an unrealistically high price. Farms with perceived problems such as road noise, pylons, intrusive footpaths and planning irregularities.

Sale highlight of the year?

Holdhurst Farm, Dunsfold, Surrey, which was sold in July. This 570-acre residential arable farm with extensive former dairy buildings and two cottages made more than its £7.5m guide price.