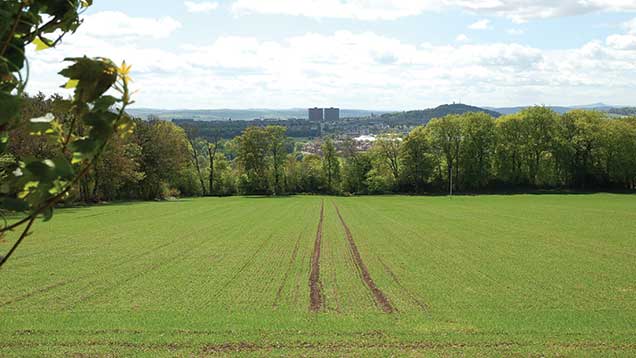 Sale highlight of the year: Balmuir Farm, Tealing, Dundee. Situated in a rural location Balmuir is a mainly south facing arable farm extending to 154 acres. It was placed on the market for £691,000 and achieved substantially more.

Mark Mitchell, of Bell Ingram, outlines what the key features of the Scottish land market were in 2014 and predicts what 2015 could bring.

Any farmland that did reach the Scottish market in 2014 generally performed well, but volumes were compromised as both sellers and purchasers were nervous of what lay ahead.

The uncertainties of both the outcome and implications of the independence referendum in September, combined with the continued vagueness of the change from SFP to BPS in 2015 – along with historically low interest rates – caused great unrest. Many potential sellers delayed making any decision until after the referendum, with others holding off for at least a year.

I believe that land prices will remain strong in 2015. While I don’t see a reduction in values, I suspect that purchasers will be careful, so prices are not likely to increase substantially.

I anticipate there being more land available in 2015. Although the Basic Payments Scheme will still be in its infancy I suspect those nervous about the future in 2014 will now have the confidence to push on.

Over the past few years the simplest farmland to sell has been bare land and I have no reason to expect this to change, although units equipped with modern buildings will also remain attractive.

Once again the most difficult farms will be those with poor buildings in the less desirable parts of the country. Run down units on the urban fringe are often tricky to sell, particularly if there is little chance of development in the medium term.