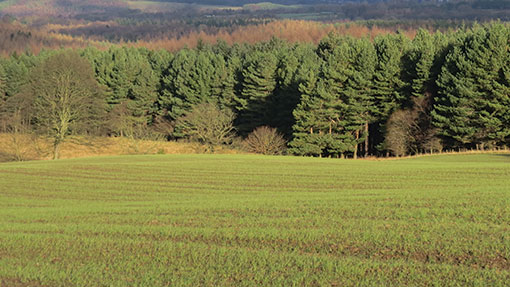 A mixed block of pasture, forestry and arable land comes to the market in County Durham next week.

The 700 acres at Pontop lies between Newcastle upon Tyne and Consett and has an overall guide price of £2.25m but is offered in six lots.

Predominantly grass and woodland, this is one of the largest blocks on the open market in the area for the past few years and is former UK Coal land. It was last sold as part of a large portfolio in 2010 and is now on the market for its investor owner.

Selling agent Robert Hurst, of Fisher German, highlights the maturity of the conifers that make up much of the 250 acres of woodland, with high volumes of timber ready to be harvested for a tax-free income.

Apart from a small lot that is occupied by private allotments, the farm and woodland lot sizes vary from almost 73 acres to 249 acres, with the first offering a mix of arable and pasture and the second pasture and amenity woodland. The arable element totals 46 acres of grade 3 land, currently drilled with winter wheat.

The largest block, with more than 243 acres of pasture, also has a small acreage of woodland.

There is a Scheduled Ancient Monument on one of the lots, while the woodland has several designations including ancient replanted woodland and ancient and semi-natural woodland.

Single farm payment entitlements are available by separate negotiation and while the mineral rights are included in the sale of the land, UK Coal has reserved the right to exercise an option running until December 2020 to work coal reserves under the site.