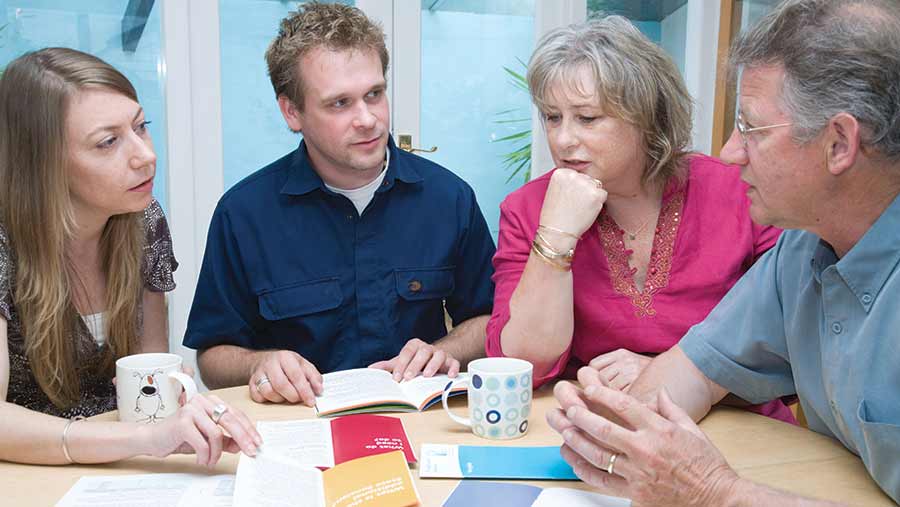 The issues raised by a partner’s death or retirement are difficult, but need to be dealt with properly to avoid disagreements that end up in court, with often disastrous consequences for all concerned.

It requires the family, and the professionals, to think about what will happen in the future.

For those with no written partnership agreement, the Partnership Act 1890 provides a default set of rules, but these may not deliver the intended result. The Act dictates what will happen on the retirement, bankruptcy or death of a partner. A death or bankruptcy automatically brings the partnership to an end.

An outgoing partner (or the deceased’s executors) can potentially insist on the farm being wound up and sold. The Act also allows for a partnership to be wound up by just one partner giving notice to the others.

In practice the remaining partners may decide to form a new partnership immediately after a partner has left through death, bankruptcy or retirement.

Read the first article in this series giving legal advice on setting up a farming partnership and the second article on bringing in a new partner.

However, if there is no agreement, then the whole business may have to be wound up and sold.

One of the main reasons for having a partnership agreement is to ensure that these things have been thought about in advance.

When a partnership ends, the question arises of who owns what. This is particularly important (and the cause of many disputes) where the market value of all the assets is far greater than the book value in the accounts.

This tends to be the case where land, breeding herds or entitlements are held within the partnership.

The solution is to have a partnership agreement that sets out clearly what assets are held in the partnership (especially land) and those that are owned separately.

It also needs to be clear what method of valuation is to be used and who is entitled to capital profits as well as the income profits.

With the bulk of family wealth often tied up in a farming partnership, the agreement is a really important document, regulating how it is all owned and controlled and how the value passes on. Such agreements are more difficult than they look and widely misunderstood.

It is particularly important that they deal with retirement and death.

Where a partner dies or retires, the agreement often gives continuing partners an option to buy his or her share and for payment to be made over a number of years.

In practice, a deceased partner’s share may be gifted to the next generation, which means the option will not need to be exercised.

It is common for this option to be at market value, which requires a revaluation of all the partnership assets.

Sometimes it is at book value, based on the figures in the accounts. This is more often than not historic, and so can be an arbitrary figure.

The question of which value should be used has resulted in many expensive disputes, often ending in court.

Partnership agreements are sometimes silent on this valuation question, so courts have to try to determine what the intention of the parties was, and have come down on either side.

A recent case – Ham v Ham in 2013 – was unusual in that the agreement allowed termination of the partnership on three months’ notice, with the partner receiving the notice having an option to be bought out at the “net value” of his partnership share.

The Court of Appeal had huge difficulty in determining what “net value” meant, but in the facts of this case came down on the side of current rather than book values. This entitled the outgoing partner to a much larger sum than would have been the case had book value been used.

Lord Justice Briggs made some terse comments in Ham v Ham to accountants and lawyers who advise farming partnerships.

He said: “It is unfortunate that a matter of such importance should have to turn on an anxious and difficult consideration of factors pointing in different directions, in a context where it has throughout been common ground between counsel that the answer is by no means clear, and where reasonable minds have reached different conclusions.

“It is unhappily common for this type of issue not to be clearly dealt with in partnership agreements.”