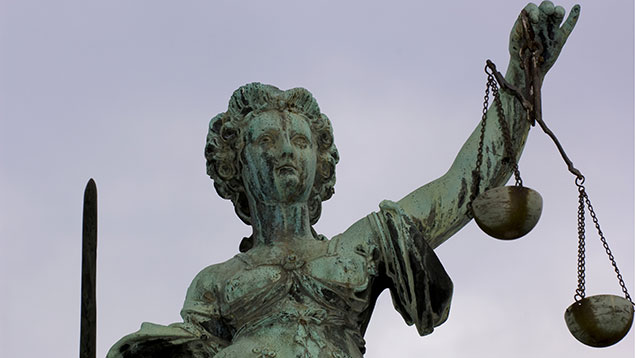 Farmers without deep pockets are now “barred from justice” by new legislation which has increased court fees, says an agricultural law barrister.

Under previous rules, anyone who had a dispute and wanted to make a claim in the courts would have to pay a relatively small claim fee. For disputes of £200,000, this was about £1,315.

But legislation apparently rushed through as an amendment to the Civil Proceedings and Family Proceedings Fees Order has set the fee at 5% of the value of the claim, for claims between £10,000 and £200,000.

Serena Gowling, barrister and accredited mediator at Rural Law Practice, said claim fees had to be paid upfront and so the change was “a real bar to justice,” which would prevent many less affluent claimants going through the courts.

“I act for farmers, tenants and landlords – I can’t ask them to pay that,” she said. “It might be OK in more affluent arable areas, but not over here in Cumbria.”

As a high-asset industry, most agricultural claims tended to be more than £10,000, said Ms Gowling, and so would be subject to the higher fees.

Often, by the time parties got to court they tended to each have solicitors’ fees of about £7,000 to £8,000, said Ms Gowling, so an additional fee on top would make things even more difficult.

She said it wasn’t unusual for parties to end court proceedings with a bill of £70,000 for relatively small claims.

Mediation as an alternative

A much less expensive alternative is mediation, said Ms Gowling. An appointed mediator could help avoid court proceedings by coming to a mutually agreed conclusion to disputes. Costs tended to amount to less than £5,000 if lawyers were not involved.

This had the added benefit of helping to maintain relationships between both parties and allowed people to agree to more than just a sum of money.

Mediation was binding and could not generally be reversed. However, parties did not reach an agreement, said Ms Gowling, unless they were satisfied with the result. This meant the mediation process itself was not binding.

Court decisions, or arbitration and now expert determination in cases of tenant and landlord disputes, are legally binding and difficult to reverse.

Disputes through the small claims court are not affected by the new legislation.