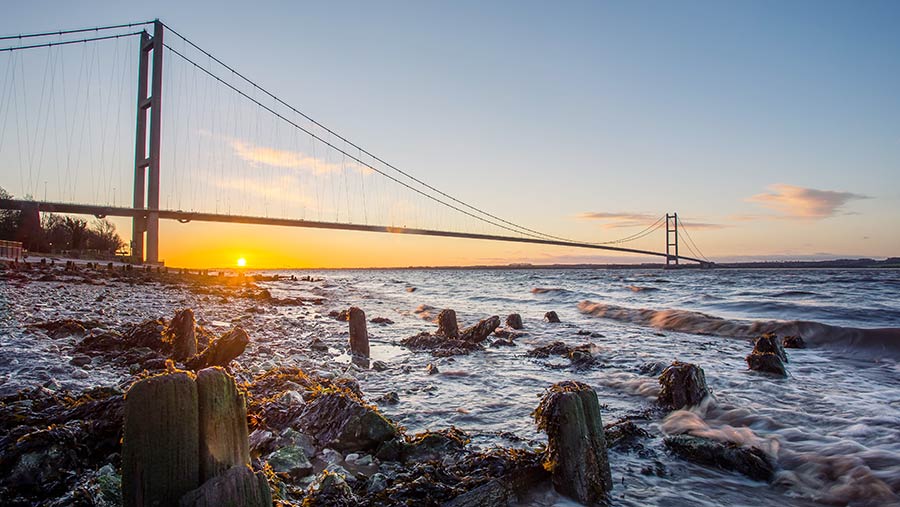 A Lincolnshire farmer has gained ownership of 14 extra acres of land near the River Humber after it became available through accretion – the gradual increase or creation of land through natural forces washing up sand, soil or silt from a water course.

In this case it took approximately 50 years for the new land to be formed.

Law firm Roythornes Solicitors made the application for ownership on behalf of their client, who wishes to remain anonymous, and called it a “landmark” case.

See also: Do you know where your land ownership documents are?

To prove accretion has taken place, accurate and up-to-date plans and an understanding of the law of accretion and land ownership next to the sea are needed.

Simeon Disley, partner at Roythornes Solicitors, said: “The vast majority of the UK coast is eroding but some areas on the east coast are actually increasing in size.”

Roythornes requested the Ordnance Survey reassess the River Humber, and the claim was then accepted by the Land Registry. Now the farmer has legal ownership of the additional land, adding value to the farm.

The process from contacting the Ordnance Survey to getting ownership agreed by the Land Registry took 18 months.

The land will be used for grazing in the short term, as it will occasionally get covered by salt tides. However, it is possible for it to be used for wildfowling, improving sea banks to protect against flooding, or in agricultural environment schemes with government support.