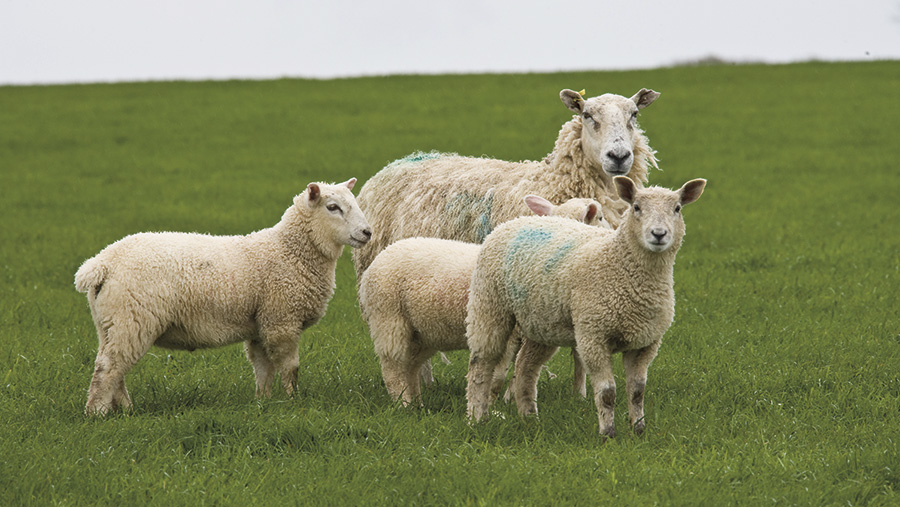 Liveweight lamb prices have managed to stay above 2015 levels for the past few weeks, offering a glimmer of positivity in what is otherwise a gloomy red meat market.

While there has been a slight seasonal fall in prices since April when throughputs of new season lambs started to increase, prices have remained ahead of or close to where they were a year earlier.

Even old season lamb prices were just above last year’s at 162.7p/kg in the week ending 21 May.

However, this week’s new season price is still well down compared to the five-year average of 231.06p/kg.

Supplies were lower in the first three months of 2016 and the market is likely to stay fairly tight, said AHDB. Lamb slaughterings in March were down 3% on the year, though the adult sheep kill was much higher.

This could lead to less downward pressure on prices, the levy board said.

AHDB Beef and Lamb senior analyst Mark Kozlowski acknowledged 2015 prices were not regarded as good, but said the fact farmers were getting above last year’s levels was positive for the lamb market.

“Tighter supplies since October of last year have been helping to push [lamb] prices higher and a reduction in imports is helping,” he said. But returns could be better, given lower lamb production, healthy retail demand and the weakness of the pound.

One explanation may be a fall in sales to France, where exports were down 14% in the first two months of 2016.

Normally France buys up to one-fifth of all UK lambs.

It was difficult to forecast where exports might end up because of uncertainty over Brexit, which would affect the currency, he added.

Sliding beef and pork prices could also be challenging lamb on the supermarket shelf.

However, New Zealand imports were likely to be less of a threat due to the country’s smallest lamb crop for 60 years following a devastating drought.