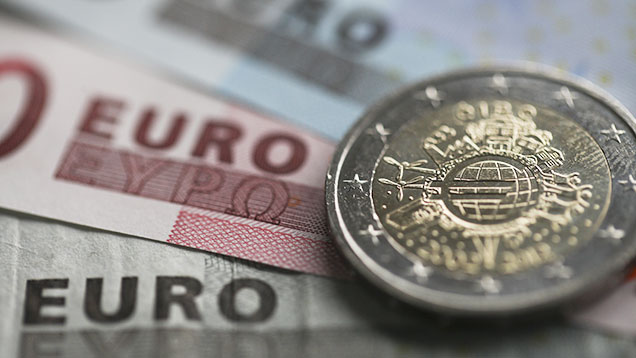 UK livestock and dairy farmers could have to overhaul their cost structure if current exchange rates are the new norm, according to experts.

Sterling’s strength against the euro has been a big factor in the farmgate price collapse across all sectors this year, visitors to the Livestock Event at the NEC were warned.

AHDB Beef and Lamb sector director Nick Allen said about half of the year-on-year drop in sheep farmers’ returns was due to the currency changes.

He said export demand would not drop away, but British producers would have to accept lower prices for what they sold abroad.

“It could stay like this for a long time, so the industry needs to readjust and take stock. It could be the reality and people need to do their sums.”

Andersons partner and head of business research, Richard King, said that since 2008 UK farmers had got used to the euro being worth about 85p.

This gave them a boost on output prices, as well as single farm payment values.

But when the euro was first launched, it was closer to 65p, where it stayed for years, Mr King said.

“Maybe something closer to 70-75p, where we are now, is perhaps the long-term average,” he said.

The milk price crash has been made even tougher for dairy producers because of the changing rates.

The current average EU milk price of 30 cents/litre would have been equivalent to 27p/litre last year.

However, it is about 21p/litre at today’s rates – meaning British farmers are at a 6p/litre disadvantage.

Rob Hitch, partner at accountant Dodd & Co, said this was a big problem for more than 80% of UK milk that was not covered by a supermarket cost-of-production contract.

Dairy farmers outside of retailer pools are fully exposed to European prices, where the exchange rate was playing a major role.

“The past five years have been quite good because of the exchange rate and probably lulled people into a false sense of security,” Mr Hitch said.