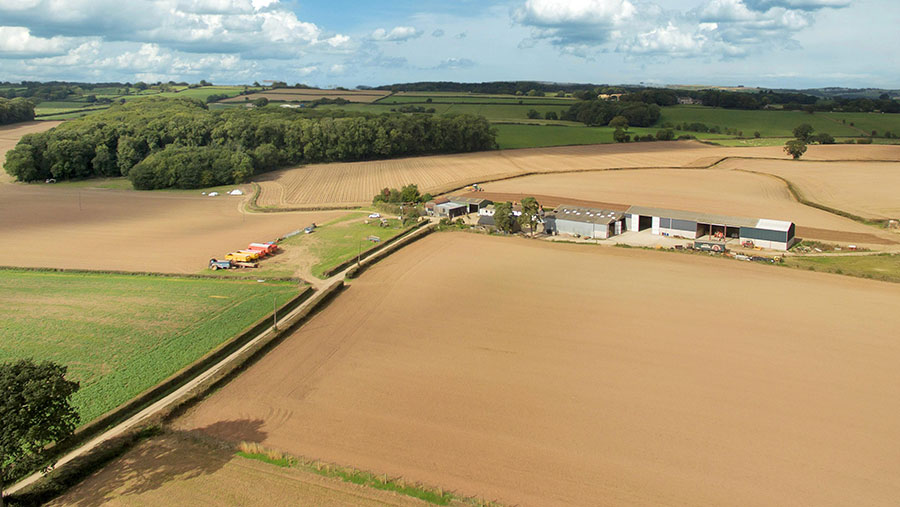 Demand for Herefordshire County Council’s 4,000-acre land and farms portfolio has proved to be strong with sales now agreed for all 59 lots, according to the selling agents.

The mass sell-off proved controversial after a number of the council’s tenants who were operating on farm business tenancies (FBTs) were served notices to quit ahead of the land being marketed.

This was despite an initial pledge by the council that people would not lose their “homes or livelihoods” as a result of the sale.

Stuart Flint, head of agency at Fisher German, said the project had uncovered unsatisfied demand for land which boded well for any landowners planning to dispose of farms in 2018.

“With some commentators querying the potential level of demand with a caution about ‘market supply flooding’ we are particularly pleased with the comprehensive disposal and the exceptional results achieved,” he said.

The company has reported it received more than 200 bids overall, with the sale generating interest from buyers in Europe and even the Middle East.

However, in the end it was mainly local bidders that proved successful, with more than 70% of buyers farming within the county and within 10 miles of their purchases.

Prices for vacant and equipped farms peaked at £16,000/acre, with sales across the portfolio averaging £11,420/acre – although this price includes the value of any farmhouses and buildings included as part of each lot.

The demand for grassland was less predictable with hillside grazing in the west of the county realising in the region of £6,000/acre, while lowland leys achieved north of £8,500/acre, resulting in an average of £7,880/acre for grassland overall.

Where the farms were sold as tenanted, investors were generally seen off by sitting tenants, with the average sale price being £6,835/acre.

Some investment buyers did pick up a mix of vacant and let land to create mini-estates. These sales averaged £9,450/acre.

Herefordshire Council stated it hoped to raise about £38m from the sale, but a spokesman for Fisher German declined to comment on what the final figure would be.