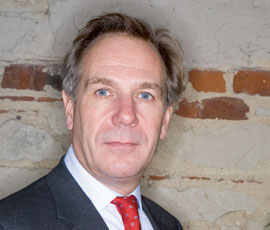 At a time when the economy is in the doldrums and looks likely to remain so for the foreseeable future, we ought to be doing all we can to encourage individuals to step up to the mark and help their local communities.

We also need to make sure that we are not putting new unnecessary burdens on businesses that are already struggling in these straitened times. Red tape needs to be cut and the economy, including the rural economy, encouraged to grow.

Unfortunately, and perhaps surprisingly given its rhetoric, this is not how the government seems to look at matters.

In the Localism Bill, the government has proposed regulations that will have the direct effect of discouraging farmers and other rural land managers from making their assets available for use by their local communities.

Under its proposals for what it calls “Community Assets”, the local authority will acquire the right to put your land or buildings on a list. The owner of anything on the list is then forbidden from transferring it, whether by sale or as a gift, until the local community has had a chance to raise the funds to bid for it.

As a result, the owner will lose the right to sell their asset when they want to and, potentially, the right to decide who to accept an offer from. This is significant.

As anyone who has run a business knows, timing matters. In the long-term, you want to plan ahead and you need to be able to predict what will happen and when. This will particularly be the case when, as is common in the countryside, you need to raise capital from the sale of an asset to fund the purchase of something else.

On the other hand, businesses need flexibility. Sometimes an opportunity to invest will come up which requires the prompt raising of funds. Sometimes you will need to make a quick sale to cover some unforeseen liability. All of this will become harder if the government gets its way.

It may also cause difficulties with tax planning. Remember, the Bill is not just concerned with sales, but with any transfer. So it would include a gift to your children made with tax considerations in mind.

As matters stand, the owner does not even have the right to appeal to an independent tribunal against the decision to include his property on the list, only to have it reviewed by the local authority that made the initial decision. It is all much the same as the last government’s decision to give the Rural Payments Agency the right to review its own decisions on single payment claims.

To make matters worse, landowners will not be properly compensated for their losses, only for administrative costs, or in the words of the government: “We propose that the basis for compensation should be reimbursement of expenses incurred by the landowner as a result of complying with the procedural requirements of the scheme.”

So, if the delay caused by the new bureaucracy means you lose out on a chance to invest, or have to take out a loan because you cannot sell your building to raise funds, do not expect to be compensated for your losses.

All this is self-evidently unfair. But apart from being yet more regulation for land-related businesses to deal with, in practice, it will inevitably discourage farmers and landowners from making their property available for public use. I am already aware of a number of land agents who are advising their clients against doing so.

In any event, it is difficult to see how the proposals will work in practice. They only apply to the land or building, not the service provided within it.

The coalition government’s Big Society policy is about encouraging people to do the right thing of their own accord. In the countryside we have long-standing proof that this already happens. The last thing we need is the government getting in the way.