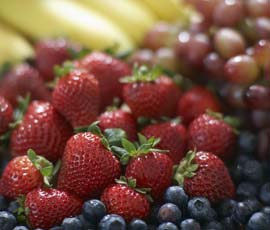 Most shoppers think buying seasonal British food is important and look to buy British produce where they can, a government study has revealed.

Latest research by DEFRA revealed more than 70% of people think buying seasonal food from Britain was important, while over three quarters actively look for UK-produced fruit and vegetables when they are shopping.

The survey of people’s purchase choices looked at attitudes towards animal welfare, seasonal and ethical produce, environmental sustainability and healthy diets over 12 months.

While the majority of shoppers saw seasonality as a consideration when buying food, they rated it below healthy food as being the most important factor.

DEFRA said the results of the study, published on Wednesday (6 April), indicated that people’s preferences did not always match what they ultimately bought, with price being a major factor in many people’s buying decisions.

A third of people questioned said they thought seasonal fruit and vegetables were too expensive so did not look to buy them, while 40% said they wanted a wider choice of foods.

But of those people who bought seasonal fruit and vegetables almost half said seasonal food tasted better and two thirds prefer to buy according to the season, with 30% saying they want to support British farmers.

Farm minister Jim Paice said: “While price is understandably important, this survey confirms that lots of other factors like concerns about healthy eating and where food comes from influence how people fill their shopping basket.

“One of DEFRA’s core aims is to support British farmers so they can to continue to deliver the best produce sustainably, and it’s clear this is what consumers want too.”

Findings from the 12-month research project into food purchases show that:

Almost two thirds of people say that buying ethical products is important, and 30 per cent seek out Fairtrade tea and coffee