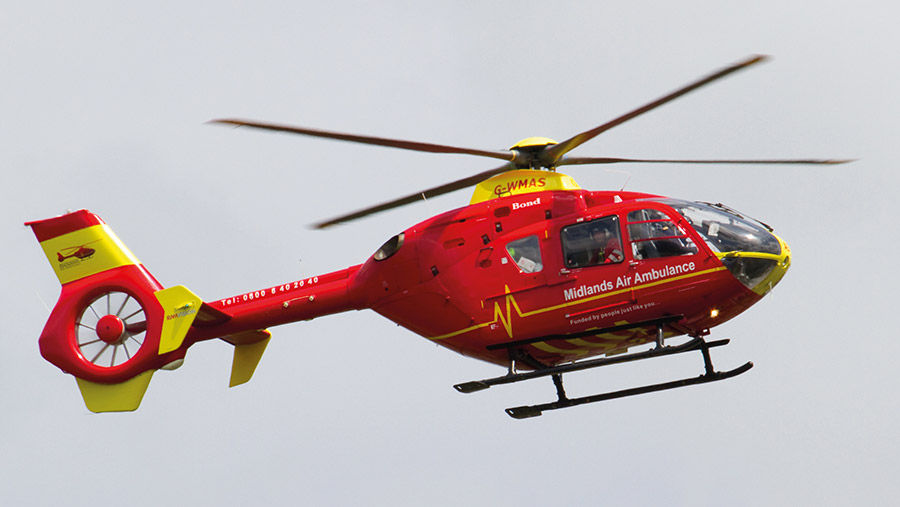 An investigation is under way into the death of a man in his 40s following a wood machine incident on a farm in Warwickshire.

The Health and Safety Executive (HSE) said a self-employed worker suffered fatal injuries while operating a woodcutting machine on a farm in Yarningale Common, Warwick.

The HSE described the incident on Tuesday 6 April as an “agricultural fatality” and offered advice around safe working with firewood machines (see panel).

The death is the sixth farm fatality to be recorded in the UK since 1 April, and it comes after Farmers Weekly revealed that more than 50 people died in agricultural-related activities in the previous 12 months.

A spokesman for Warwickshire Police said: “We were called at 4.41pm on Tuesday 6 April to an incident at a farm in Yarningale Common, Warwick.

“A man in his 40s was found with serious injuries and was airlifted to hospital, where he was sadly later pronounced deceased.

“The man’s next of kin have been informed and our thoughts remain with them.”

West Midlands Ambulance Service sent two ambulances, a paramedic officer and the Warwickshire and Northamptonshire Air Ambulance to the scene.

“On arrival, crews found a man in a critical condition. Staff administered advanced trauma care to the man at the scene before taking him to University Hospital Coventry and Warwickshire by air ambulance for further treatment,” said an ambulance spokesman.

A second man was assessed and discharged at the farm, added the spokesman.

The HSE is leading the investigation into the man’s death and will report back its findings later.

Guidance on safe use of firewood machinery

Machinery-related accidents are a major cause of death and serious injury on agriculture, forestry and arboriculture and other land-based industries.

Before using, or allowing others to use a firewood machine, make sure:

During operation, ensure the following: